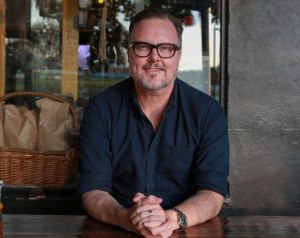 TikTok has been on the offensive over concerns around how it handles user data, taking out newspaper ads and weighing up a corporate restructure to distance itself from the Chinese government.

The social media company, owned by Chinese company ByteDance, has been under criticism from politicians and experts around the globe over concerns it could share user data with the Chinese government under China’s National Intelligence Law from 2017, which means the government can compel businesses to share information.

Recently, Australian federal MP and chairman of parliament's Intelligence and Security Committee Andrew Hastie raised concerns over this, saying the popular video-sharing app could be a national security threat.

However TikTok, which stores Australians user data in Singapore and the US, says it has never provided user data to the Chinese government and wouldn’t even if asked.

As part of a campaign to ease concerns, TikTok took out full-page ads in Australian newspapers, including The Australian, with the tagline “Don’t make TikTok a political football”. 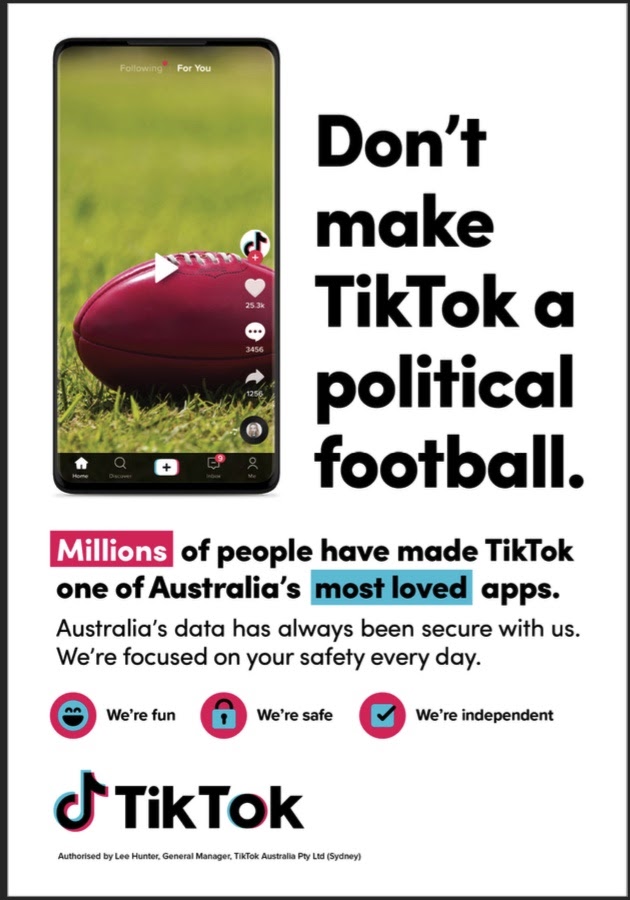 The company’s local general manager Lee Hunter also sent letters to federal MPs refuting any alignment with the Chinese government. "Contrary to some claims, we are not aligned with any Government, political party or ideology,” Hunter says in the letter.

“We are a privately owned company, and TikTok is focused on enabling people to make and share creative and fun videos.

"We strive to be a platform that is both safe and fun to use, and we prioritise protecting the security of our users' data. The truth is, TikTok is a fun and engaging platform for sharing creative expression through video – that is being used by some as a political football."

In the face of mounting pressure from around the globe, TikTok has weighed up a corporate restructure, which reportedly includes creating a new management board for TikTok or establishing headquarters for the app outside of China, according to reports in US media.

“As we consider the best path forward, ByteDance is evaluating changes to the corporate structure of its TikTok business,” a spokesperson says.

“We remain fully committed to protecting our users’ privacy and security as we build a platform that inspires creativity and brings joy for hundreds of millions of people around the world. We will move forward in the best interest of our users, employees, artists, creators, partners and policymakers.”