TikTok Australia’s commercial GM on his first steps and goals 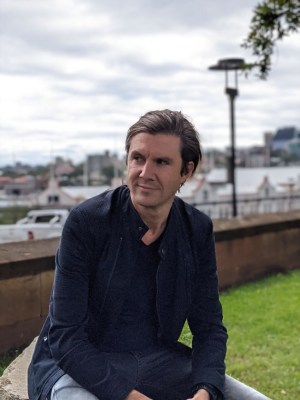 The new TikTok Australia office will have freedom from global headquarters to ensure it can crack the local market, says its general manager for global business solutions Brett Armstrong.

The short-form video app revealed its Sydney-based team last week with ex-Google executive Lee Hunter heading it up as general manager and Armstrong stepping in to oversee the commercial side of the business.

Armstrong, who has previously spent more than seven years at Google, describes himself as a “builder”, saying he joined the growing social media company for the opportunity to build something new with the backing of a global company.

“When making the decision [to join TikTok], I was given really strong comfort that this was about making sure that this isn't a global business that we just replicate everywhere,” Armstrong tells AdNews.

“It was that, you're coming onto this thing with your experience in the market to make sure that we're leveraging your knowledge and then making sure that this thing will actually work for the Australia market.

“The thing is we're still figuring it out. So one thing that I love about this job and it's a huge opportunity, is if you think about Australia compared to some other countries, we're not going to have the same amount of people but one thing we have is amazing talent in the market.”

Armstrong’s first priority has been educating the market and he's been meeting with brands and agencies since February to discuss marketing practices on the platform. The local team, working remotely for now, has already helped roll out campaigns for brands such as Optus, Suncorp, and also launched Nestlé’s first hashtag challenge in Australia for Milo.

“We've had trouble keeping up with the demand and the amount of meetings and the people that want to talk to us about the platform,” Armstrong says.

“So it's really positive to see that advertisers are seeing the opportunity. That doesn’t surprise me because every time you work with a really good agency, advertiser or brand, it's rare that you'll find one in Australia that doesn't want to be seen as an innovator. Because of this, in Australia many of these marketers are ahead of the curve, and they've seen this thing coming.”

TikTok, owned by Chinese company ByteDance, doesn’t yet reveal how many users it has but Roy Morgan estimated in February that more than 1.6 million Australians were using the app in an average four weeks.

Since then, TikTok has enjoyed a spike in users during the lockdowns, with many non-TikTok users also engaging with it by joining in on challenges through others that are on the app. This indirect engagement is why Armstrong hopes to see it on every Australian advertisers’ marketing strategy.

“TikTok is for everyone and that’s never been more the truth since what we've seen in these last few months,” he says.

“Parents, siblings and even coworkers are getting on the platform through challenges. So we're seeing a much more diverse user base and we'll see that continue to grow as well as the content evolves.”

While brands such as auto have rushed to the app, Armstrong is hoping to establish Australia as an “innovation hub” to help TikTok capture more clients, particularly in retail.

“In Australia we need to be really meeting the demands of our customers who are strong innovators and want to do things new,” he says.

“One thing I'd really like to do is to establish this part of the world as an innovation hub for TikTok. Thinking about emerging opportunities, we’re coming into the holiday season in six months, so we have an opportunity to connect with some of the best leaders in the retail space, in ecommerce and make sure that we're adapting products for the needs that they’re going to have in the season.”

A key challenge for the TikTok team is addressing the ongoing scrutiny that the app receives over data privacy due to its apparent links to the Chinese government. However, TikTok management has been on the front foot about this, launching its team in Australia with a head of trust and safety role filled by Arjun Narayan Bettadapur Manjunath.

Armstrong says the team will work to secure the trust of the Australian market with a local team, rather than it being “outsourced” to other countries.

“Privacy is such a critical pillar for our platform, and this is not just in Australia,” Armstrong says.

“We're taking this so seriously that we're building local teams and we brought in Arjun, an expert on trust and safety, to lead this one for Australia. We’re going to be investing a lot in this space, that doesn't mean just with global teams that are outsourced to Australia. We have people in the market that will be making sure this reflects Australian needs as well.

“This is a concern that any competitor, any provider in this space is going to have and we need to make sure all tech media platforms are taking responsibility for user privacy.”