Tiffany becomes the latest brand to shift to Snapchat 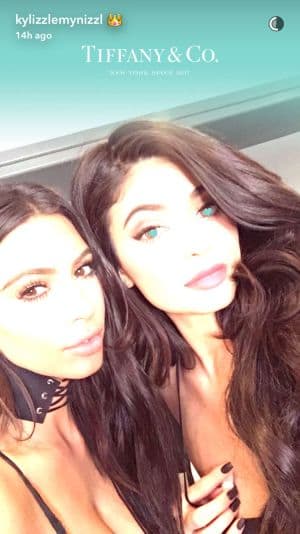 Luxury brands that may have previously been slow to move in the digital space are now jumping in head first, with Tiffany being the latest luxury brand to enter the Snapchat fray.

The iconic jewellery brand has launched branded geofilters, which will be live at all 93 of its stores across the US and the brand is also investing in video ads on the platforms and the bolstering of its own account @Tiffanyofficial.

The business is also the first luxury brand to launch a sponsored lens, which Digiday's fashion offering Glossy reports saw the brand spend around USD$700,000.

Tiffany unsurprisingly is aiming to use the platform to attract millennials, and its filter has already hooked one of the world's most famous teens, Kylie Jenner.

Jenner used the filter with equally famous sister Kim Kardashian and president of the agency Wednesday that worked with Tiffany on campaign, Ian Schatzberg told Glossy that it doesn't get any bigger on Snapchat than Kylie Jenner.

“It was all organic - the goal was to create something fun that has entertainment value, so people would be willing to participate. Kylie’s snap was unsolicited.”

The brand is also using young models Imaan Hammam, 19, Fernanda Ly, 20, and Pyper America Smith, 18, to represent the brand. The concept for the creative centres around the social term of 'like' and flipping it on its head with the slogan #LoveNotLike.

Vice president creative director of global digital marketing at Tiffany, Diana Hong explained to Glossy that the brand previously used tools such as Twitter, but this latest campaign will be mainly focused on Snapchat.

“It’s a digital led campaign, but you’ll see most of it on Snapchat,” she says. “That just proves to you how we’re focusing in the social space. It’s a really exciting platform for us. It adds another layer to our polished and thought-through editorial on our social channels.”

Locally McDonald's was the first brand to launch paid geofilters, with brands such as Oak, Cadbury and KFC all attempting to make the most of the emerging platform.

It's not yet known if Tiffany will roll-out a similar offering in other markets.