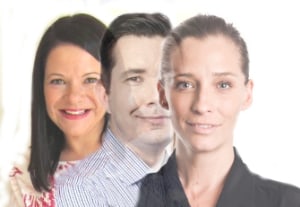 Who will be GroupM's next chief investment officer? A candidate whose name begins with the letter 'N'.

Three frontrunners have emerged for one of the most sought after vacancies in the Australian media buying industry – succeeding Sebastian Rennie as GroupM's chief investment officer.

Rennie stunned the media industry a month ago when he revealed he would be stepping down as GroupM's top media buyer, responsible for a group media budget of $3 billion, after a decade at the company.

The hunt for Rennie's replacement is also considering international candidates but AdNews understands there is a preference to promote internally in Australia.

All three candidates are capable and highly thought of internally but would bring a slightly different skill-set and perspective to the role.

Two of the candidates are women and this would be regarded favourably to help drive better diversity in what is typically a male-dominated industry at leadership ranks, with the notable exception of Publicis Media's Sarah Keith.

She has held senior trading director roles at Ikon Communications, Starcom Mediavest and MediaCom over the past 13 years.

She has greater media owner experience than the other frontrunners but fewer years in media agency industry, having spent the past three years at Mindshare after leaving News Corp.

Nathan Cook has the most feathers in his cap when it comes to media buying experience, including senior trading roles at Mindshare, Ikon Communications and Maxus, where he was Maxus head of trading across Asia-Pacific until he returned to become GroupM investment director in Melbourne.

Barring an international dark horse, the decision will come down to a few considerations. Firstly, who has the right experience and skills to match the direction GroupM sees for media buying in the future.

If digital media buying experience is of key importance, Lewis could emerge as a favourite, but if a broader array of traditional media buying skills is preferred then Turley and Cook would fit the bill.

GroupM may also favour placing a woman in the role given that there are two ideal female candidates with the right skills and diversity is an issue that media agencies are actively trying to address.

If pure media agency experience is the main criteria, then Cook ticks the most boxes and would bring a regional perspective as well as strong Melbourne connections to the fore.

All three are strong candidates and might not have to wait too long to find out their fate. AdNews understands the decision on Rennie's replacement could be made this side of Christmas.