The Weather Channel pulls video from Facebook after lacklustre results 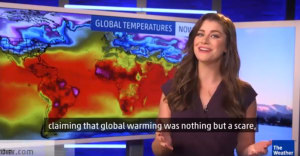 The Weather Channel is boycotting Facebook after finding it's unable to make money from hosting its content on the platform.

According to a report from Digiday, The Weather Channel has six pages on Facebook that notched up 500 million video views per month by last May. But despite the large audience, its global head of content Neil Katz said the channel "hasn't been beneficial" in terms of monetisation.

The Weather Channel has also seen a large decrease in its audience, dipping by 1.8 million last month, which could be due to the recent algorithm changes Facebook introduced earlier this year.

“We went along for the ride every single step of the way. But we noticed, over the course of two years, that we were being paid in all types of currencies - followers, shares, views - that did not feel like money," Katz stated at a recent Digiday conference.

Originally part of Facebook’s funding program for live and on-demand videos, The Weather Channel entered into a deal to produce news feed videos for the social media platform.

Katz said it generated a seven-figure fee but highlighted the issues with generating significant income out of Facebook, with the channel only making US$28.00 per minute of video produced.

He said revenue was slim even during key weather events, such as Hurricane Harvey.

However, not all the blame was placed on Facebook, as Katz pointed out publishers should take some responsibility for not taking time to assess a distribution plan.

Last year, The Guardian also opted out of Facebook's Instant Articles format, citing a similar issue with making money from the platform.

Monetisation options have been a common complaint from media companies about Facebook, with many finding they can make more money from their own platforms.

Facebook did not respond to AdNews prior to publishing.