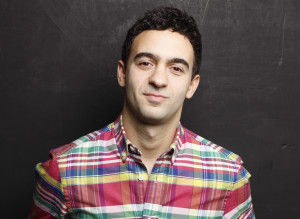 Facebook needs to be more realistic about how it communicates its transparency and users should regard their relationship with the platform as similar to citizens of a country.

Heimans, an prominent digital activist, joins a growing chorus of experts who believe that Facebook’s advertising-funded business model which incentivises users to post attention-grabbing content, doesn’t align with its public image of “creating a more connected world” and “bringing people together”.

“We have a term we use to describe platforms like Facebook - we describe them as participation farms,” Heimans told AdNews on a recent visit to launch movement marketing agency Purpose in Sydney and promote his book New Power: How Power Works in Our Hyperconnected World.

“We're all very busy on the platform engaging, creating content and sharing that content with our friends, but really we are very fenced in by the platform.

“Our relationship with that platform is very extractive, we don't share in any of the economic value our content produces, we don't have any way to shape the algorithm that we now know has this profound impact on our thoughts, our feelings and our political views in our elections.

“Yet these platforms have become critical for democracy and as important as some nation states. We need to start to pressure these platforms in similar ways to how we pressure governments.”

In the case of Facebook, Heimans believes that its pubic rhetoric does not always match reality and blames the social network’s business model.

“When you hear the rhetoric, it's all about ‘our mission is to bring people together’, but the business model of Facebook supercharges extremism and allows for a great deal of manipulation,” he explained.

Heimans believes that Facebook should be more realistic about its level of transparency and is critical of the social network’s handling of the Cambridge Analytica scandal.

“The posture of a lot of big institutions, including Facebook, is to say as little as possible until they have to say more,” Heimans said. “You end up with this drip, drip, drip. You start by saying, 'only 30 million were impacted by Cambridge Analytica’, but by the time you are finished with it you discover that it's far, far more.

“The instinct to contain and control information rather than get ahead and be more transparent does not serve these companies well.”

Facebook has scaled up its public comms in the wake of the Cambridge Analytica scandal. Since April, there has been at least five public announcements about how Facebook is changing its privacy and data settings and better explaining how it uses data to help advertisers better target ads, which explains more about its ad-funded business model.

The most recent announcement also reveals plans to allow users to clear their history, although private data will still be retained, aonymised and aggregated for targeting.

Several Facebook senior executives, including global CEO Mark Zuckerberg and Australian boss William Easton, have publicly apologised to users in the wake of the Cambridge Analytica scandal and for not doing more when they first found out data had been harvested from millions of users in 2015.

On the flip side, Facebook used a legal threat to try and prevent the Guardian from publishing an interview with Cambridge Analytica whistleblower Christopher Wylie just prior to the scandal breaking, and Zuckerberg delayed a response to it for several days, drawing criticism from several quarters.

Heimans’ views about Facebook are not unique. Tristan Harris, the former Google design ethicist who founded the Center for Humane Technology in the US, recently said that with more than 2 billion users, Facebook “has more power than any world government”.

“No one is holding them accountable except for Wall Street, which basically asks, 'are you better and better at manipulating other people's minds or not every quarter?',” he said on a recent episode of the Vanity Fair podcast, Inside the Hive with Nick Bilton.

Harris believes that Facebook’s tech engineers have good intentions and that Silicon Valley giants, including Facebook, Google, Amazon and others, could face difficulties holding on to top talent if their social promise fails to match with reality.

“They're good people who think they are making a positive impact and have been sold this narrative that 'we're about making the world more open and connected in the case for Facebook,” Harris said.

“When you see that the business model driving these things is not that, and arguably makes the world more closed and disconnected. No one wants that, it's the fastest lever for change. It's really hard to sustain your business model if you can't hire and retain your best talent.”

It’s a view that Heimans also holds: “It's a big challenge for these platforms. Their employees are largely socially progressive and most of the employees are probably horrified at having Donald Trump as president.

“With these new power platforms like Facebook, how do you make the users of your platform more powerful by sharing some of the value that is created with them. This allows the platform to have shared interests with its community.”

A good example of this, Heimans added, is Airbnb, which has cultivated a strong economic interest with property hosts that rely upon the platform to attract tenants and make money.

“It's why Airbnb hosts knock on the door for Airbnb in their regulatory fights,” he said.

“You would never imagine a Facebook user doing that when Mark Zuckerbeg is being hauled in front of Congress.

“The irony is that some of these organisatiosn that are best at harnessing participation, and Facebook is brilliant at that, nonetheless have very old power instincts when it comes to how we are going to hold on capture when it comes to holding onto that.”