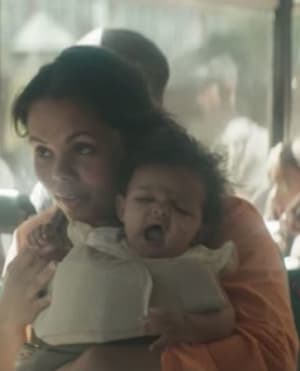 Saatchi & Saatchi New York's reinvention of the humble lullaby for Procter and Gamble's (P&G) nappy brand, Pampers, has clocked up more than six million views in less than two weeks, by tapping into what it is calling a “human truth”: that babies bring out the best in all of us.

It sounds like powerful stuff, but is it effective? AdNews asked some of the best in the business for their thoughts:

The dual use of emotion and insight was one thing several creatives thought gave the ad a refreshing jump in the category. McCann Sydney executive creative director Dejan Rasic told AdNews that generally, this type of emotive film is hard to nail and that the outcome tends to be incredibly cheesy.

“Forget the old Hallmark ads, Pampers takes emotive advertising to the next level,” Rasic said. “I’d argue this execution is on the powerful end, with some believable acting and lyrics that keep you interested until the end. It will have parents nodding and probably tearing up a bit.”

Core creative partner Jon Skinner agreed that the use of honesty was refreshing, noting that “exaggeration is an overused device in advertising.” He said it also shows that brands in all categories can make storytelling work.

“At the end of the day when you have such a well-known brand like Pampers you don’t need to tell some rational story about how much liquid it can soak up, there is just an expectation that it works and it works well,” Skinner said.

“So I think the opportunity is to do something that is much more bigger picture and much more meaningful and I think other brands have an opportunity to do that too.”

“Honesty and authenticity used the right way can be just as powerful or more powerful than exaggeration.”

Bloke creative partner Mike O'Rourke said that while the ad itself is beautiful, finding a human truth is not something new.

“It's much more engaging than showing how well a nappy soaks up wee,” O'Rouke said.

“Though finding a human truth is not new, it is the basis to all great advertising. It’s how we create real emotional connections.”

GPY&R Brisbane executive creative director Brendan Greaney agreed that as an industry, all of advertising's best work starts with a powerful insight. He said at Cannes this year Unilever global CMO Keith Weed spoke to the need to link purpose to purchase, and said the ad is “a pretty clear statement of Pampers' purpose as brand.”

“There’s nothing more powerful than our instinct to protect our children,” Greaney said. “Judging by over six million views in two weeks, Pampers has tapped into this insight particularly well,” Greaney said.

Lee said while he loves ads that tap into human truths he felt it didn't meet its potential.

“The story telling is slightly forced and awkward,” Lee said. “I find the use of a lullaby spelling the whole point of the ad out somewhat gauche and the breaks and the builds in the music score ungainly.

“With the right level of craft and skilful storytelling this could have been a wonderful piece of advertising. As it is, it's an ad I'll probably never watch again.”

303Lowe chief strategy office Jon McKie agreed that it is this point – its use of a piece of advertising – that he thinks is the issue. McKie said it's a surprising ad to come from P&G which tends to be a very product-focused advertiser.

“Yes it's a beautiful film and I believe that it's effective at creating an emotional connection with the Pampers brand and families but I really don’t understand what on earth it has to do with nappies,” McKie said.

“I don’t understand how it ladders to a competitive advantage for their nappies, for their brands over the other brands in the market. There is a complete absence of role for the product in the advertising. I think its a very expensive missed opportunity for Pampers.”

He said Huggies in Australia does a much better job of its advertising because it maintains emotional connection but has a role for the product.

In Welsh's opinion, the said issue is that it tries to “own the truth too much".

“Humans do, and have, for millennia, gone a bit gooey over babies. Nearly all of us will go out of our way to make a positive difference, in some way, to a little one but somehow the execution falls short of the potential,” Welsh said.

“It tries to own the truth too much. Pampers should have the confidence to share it, but those pack shots can’t help creeping in and the end line, with the 'we' probably intended to refer to humanity at large, comes across as being about Pampers.”

Australia and New Zealand MD of Unruly, a social video ad tech company, Lance Traore pointed to research using its data by Dr Karen Nelson-Field, a professor at the Centre for Digital Video Intelligence. Nelson-Field found that the videos that evoke strong emotional reactions tend to do better with shareability metrics.

Traore said the video has a complex emotional profile meaning it works in many ways for different members of the audience.

“The video evokes inspiration, encouraging viewers to change their behaviour around babies, even those who are not their own,” Traore said.

“The video also evokes nostalgia among mums who have recently experienced acts of kindness or behaviour changes caused by their kids.”

However, he agreed with McKie regarding branding.

“In terms of branding, the video could be improved,” Traore said. “Any viewer dropping off the ad before the end is unlikely to recall that it's a Pampers ad, but overall the brand message is strong. Pampers plays a clear role in the storyline of the video, and the final brand sequence is strong.”

GM of independent shop Hunter, Beverley Johnson, said that while the ad itself is effective, namely the rewrite of the lullaby, she notes “I don’t think there is anything particularly ground breaking about the ad.

He said that Pampers is looking to build on the emotional connection to empower customers to become brand advocates, which is why they've included the hashtag handle #betterforbaby on Twitter. But he's not sure what kind of benefit the social media inclusion adds.

“Whilst I think the use of a website where parents can go to get hints and tips on how they can care for their baby is smart, I’m not sure the use of a social handle is adding any value outside of adding it for the sake of inclusion,” Wommelsdorff said. “I’d be interested to see the engagement from consumers via ‘tweets’.”