The television ad market is running hot as advertisers return 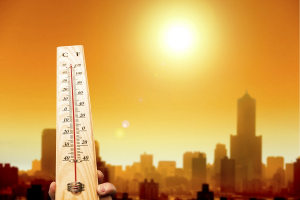 Media agencies report a tight market in television with networks trading hard on what’s available for the rest of the year.

Much of what was put on delete and hold during the depths of the pandemic in the June quarter has resurfaced as advertiser confidence returns, say industry insiders.

This, coupled with a surge into the holiday season ahead, is putting pressure on available inventory.

“The market is tighter than we have seen in many, many months,” says Pia Coyle, national head of Investment at Ikon.

This is partly driven by deep discounts and COVID delete and charge being honoured, but also driven by late bookings looking for a home, she says.

“Television availability is non-existent for the rest of 2020, so networks are trading hard on what budgets are left in the market to fight over – we have seen rate positions affected in the short term,” she says.

“Outdoor and radio avails for November and December have tightened too.

“Whilst this is a watch out for clients who are planning to be in market or deciding to get in market late, as we negotiate and place their Q4 campaigns, it is also a heartening sign in the market after the decimation we have seen from COVID.”

Craig Cooper, chief investment officer, Carat, says the TV networks for October and November are running at near full capacity.

“We believe it is primarily due to increased consumer confidence and that Christmas could be a key period to drive end of year growth for many clients,” he says.

“Q4 is traditionally higher demand for OOH, and whilst this channel is slower to recover from the loss of consumer mobility, they are seeing positive trends with their November and December inventory, in particular the static sites.

“Other channels are witnessing less demand, and they will be most likely to look to short term rate reductions or increased added value to entice advertisers back into their channel for Q4.

“Each year, Q4 is the most difficult to manage, as the pre-Christmas influx of clients create a real demand on inventory and this year is no different, albeit a huge contrast to the previous six months of the year.”

Sarah Melrose, general manager at Admatic, says media owners have been trading and negotiating some great deals in 2020.

"There are always deals to be done in any given year due to the nature of media trading and seasonality,” she says.

“Throw in a pandemic and so much uncertainty, you have media owners trying to shift space - regardless of the quarter the revenue is going into - and some advertisers and media traders taking advantage of this to get more ‘bang for their buck’.

“Now as we see a return to somewhat normality and are approaching the end of the year, it seems there is a flood of advertisers returning to market after six months plus of the year of reduced or paused media spend, and a panic to hit Q4 sale targets.

“Consequently, it is inevitable you will see some tight avails and inventory across the market for Q4.

“After such a quiet period, we’re now looking at an end of the year media bottleneck."