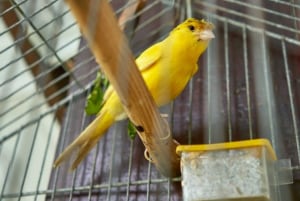 The ad spend canary’s bumpy climb out of the economic fallout of the coronavirus has produced a sudden rise in television spend as measured by media agency numbers.

The advertising market has become harder to read, one month on track to a slow claw back of the losses from the pandemic, the next a steeper fall, followed by a big rise.

September ad spend has slipped, reversing a positive trend of month after month of improvement.

But October is a winner, with television ad spend at its highest point in four years. The major networks, who just finished spruiking their ware via upfronts, are seeing a sudden lift in ad spend.

Early SMI (Standard Media Index) numbers show October ahead of the same month in 2019, a stunning result given expected long climb out of the COVID-19 slump.

SMI forward pacings data indicates that metro TV advertising is already up 1.3% in October compared to October 2019, with the rest of the month still to come.

The main reason for the ad spend lift is that the AFL and NRL grand finals have moved into October from September, a perverse benefit from the pandemic which stopped live sport earlier in the year.

“The SMI data clearly shows the stronger demand for TV advertising in October is widespread with many large product categories fuelling the growth while also delivering their highest TV bookings for any October over the past four years,” Jane Ractliffe, the SMI managing director for AUNZ, told AdNews.

More than 50 of the 140+ product categories covered by the SMI are already showing growth in TV spend in October.

But a bumper October means poorer numbers for September when they are finalised later this month.

This is a distinct deterioration on August, which posted a 17.2% fall, still a large negative result but better than the previous months to May.

Metro TV in September is looking at an almost 24% fall in ad spend, dampened by the lack of those sporting fixtures.

But the shift of ad spend to October could mean an overall positive number for television ad spend in the final December quarter.

Ben Willee, general manager and media director, at Spinach says the significant drop in September is unusual compared to the improvements in the last three months.

“We also don't have the Rugby World Cup,” he told the Fear and Greed podcast. “And it is a four Monday month compared to a five Monday month last year, which means there might be some calculation discrepancies.”

Willee says it's a difficult time for both sellers and buyers of advertising space. Television, outdoor and radio have fixed inventory.

“There's only a certain amount of space or time to be sold,” he says. “A lot of publishers are saying, ’We'll reduce our rates significantly’, just so they can generate some revenue.

“What that does is it draws down the whole market and becomes a bit of a race to the bottom.

“It's been suggested certainly in September and in October that a lot of TV programs are full, a lot of outdoor billboards are completely sold, which is unusual in a market that's tracking significantly back year on year.

“So we have a problem where no one's really sure which direction the market is going in.

“It's causing uncertainty and making it difficult to price from both ends.

“There is always a flight to quality and we all know that quality environments in advertising have a better engagement and a better result for the advertisers.

“So certainly a quality has sold out first and people selling perhaps less quality inventory are getting smashed even harder on price.”

“Generally speaking, demand is exceeding supply in major broadcast channels, largely due to campaigns having been moved from earlier in the year to Q4,” he told AdNews.

“Outdoor is seeing a gradual return in line with the speed of consumer recovery (and retail footfall).

But Pang says there are some deals to be done if long term commitments can be made.