The swing away from TV has been 'overdone': Seven 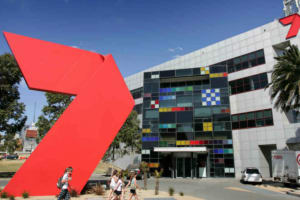 The swing away from TV has been 'overdone' according to Seven West Media MD and CEO Tim Worner who has pointed to positive sentiment from buyers and advertisers in his outlook for the market going forward.

Worner was speaking on an investor call during Seven West Media's results announcement about the outlook for the television market in general. See Lacklustre ad market to impact Seven West Media results for more.

FreeTV data released last week found that all metropolitan markets except Brisbane dropped in the first six months of 2016. Metropolitan gross advertising revenue from January to June 2016 fell by 3.89%, compared to the same period in 2015, to $1.35 billion.

But despite this, Worner says the outlook is positive for television going forward.

“A couple of things are now starting to occur. For the first time advertisers and media buyers are coming out and staying that they think the swing away from traditional media, particularly TV, has been overdone,” Worner says.

“In tandem with that we've seen the establishment of Think TV. You're going to see a far more aggressive marketing of television as a medium in the very near future.”

Think TV was launched in May and is a combined marketing organisation representing both pay and free TV together.

The intention is to stave off the ongoing talk about TV's decline in terms of ad spend and audiences in the face of streaming.

The comments come as Seven West Media announced in its outlook to the market, noting soft advertising conditions will see its earnings before interest and taxes (EBIT) decrease between 15-20% in 2017.

Seven West Media chief revenue officer Kurt Burnette also said the television market's first half 2016 results were impacted by the election, which was one of the longest election campaigns in Australia's recent history.

“While there was some [advertised] support as you'd expect from the government inside [that period], we do often see this; a lot of advertisers will refrain from spending and some big categories like telcos and retail actually pulled off,” Burnette says.

“We can expect them to drive that up this financial year but that was certainly an effect.”

Several media buyers gave AdNews an insight what the figures could mean including Atomic212 chairman Barry O'Brien who said the results in Sydney and Melbourne will have a "massive impact on the overall TV market".