The Sell: Unmarketing with Lavender 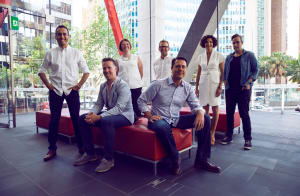 Ask Will Lavender what drove his decision to push his agency Lavender – known in the industry for its digital and direct pedigree – into the relatively uncharted territory of CX and he’ll give you one word: “unmarketing”.

“A lot of what I have been trying to achieve is to create communications that feel like service,” Will Lavender says.

“That didn’t feel like an ‘ad agency’ per say”.

When he started his agency in 1997, Will says much of the work he was doing harked backed to this idea of ‘unmarketing’ – work that touched the customer and drove the ultimate experience of the brand, but wasn’t strictly campaign work. The difficulty was that clients couldn’t make their technology work to put these customer experience strategies into action.

“I made the decision I wasn’t going to get out of this industry without enabling our clients to execute the strategies that we were all writing together,” Lavender says.

“We were all wanting to do these clever, intelligent, datadriven experiences, but often we weren’t actually able to make them happen.

“I vowed 10 years ago that we would build what we needed to so when we put CX strategies together, if a client had a gap and wasn’t able to do it, then Lavender would be able to provide that technology,” he reveals.

The result is what Lavender now boasts as its moniker - CX Agency – a multi-channel offering which the agency says comes from its experience in one-to-one communication.

On the technology side, Lavender says his agency has three bespoke platforms spanning quality management,= marketing CRM and a CMS system. As a system integrator, it also has partnerships with vendors including Silverpop, Salesforce, Marketo, Microsoft and Tableau.

“It’s a critical part that actually allows us to have a very strong point of difference in the market,” Lavender explains.

“We call it 100% Lavender because we do it all in-house. If a client has a problem we can use our systems to integrate ours with theirs to make it happen.”

The agency is also making a big push into consulting. Increasingly, consultancies and agencies are encroaching on each other’s territories as digital and strategies become a bigger serve of client demand.

While Lavender is careful to note the firm is not looking to become a Deloitte Digital-type entity, he said he realised much of the work the agency was doing was already sitting in that consulting space within its core competencies.

As it looks to strengthen its expertise in the area, Lavender has hired Lachlan James as its head of strategy, following several agency-based roles in London and New York.

While James says consultancies are great in their own right, he says Lavender’s offering differs by its “marriage of marketing and technology”.

“You can have all of the talent, engineering and technology people but unless you’ve got really great ideas to point them in the right direction you’ll never really get to that full service offering,” James says.

While creative work amounts to around 40% of Lavender’s revenue, executive creative director, Marco Eychenne, says the way the agency has repositioned has changed the way it approaches its creative work.

“The thing that actually drives us is not so much the idea in an old-fashioned way, but behaviours, so the learnings we find from data influence our work,” he says.

“We aren’t doing tactical things where it is a one-off campaign and it’s all over, we’re actually planning journeys and our creatives work really closely with strategy and planning so that they can create these journeys.

“The challenge we is, we need to find creatives who are not only great talents, but also people who can really solve problems and create work that is really suitable for this.”

To find the cream of the crop in each of those five pillars, Lavender has decided to breed its own, unveiling its graduate recruiting program, Genus, earlier this year; its namesake being a genus which houses multiple individual species.

The agency is currently in the process of picking four or five candidates from 85 applications. Grads will be exposed to all the different areas in the agency to find their best fit.

And Lavender isn’t expecting the present make-up to remain static. He said that while consulting currently only makes up between 10-15% of its revenue base, it’s a huge area of growth, meanwhile, of its 80 staff members it has close to 25 technologists.

On the technology side, next year the agency will be close to having sent one billion emails through its systems.

But overall, despite the individual splits, Lavender says CX is not only the future, but increasingly, the language of the C-Suite.

“Customers don’t split up the marketing from the customer experience and I think even more so, nowadays, people judge the experience of the brand, how intelligently they feel the brand treats them and the communication all as one,” he says.

“CX is a pervasive expression of where technology and marketing is heading and I think it’s just something that is going to become more and more important.”