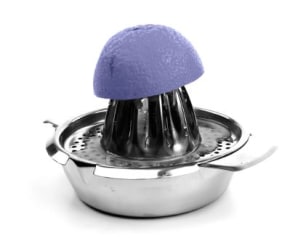 A version of this story originally appeared in the latest issue of AdNews magazine (4 September). To see all the amazing content as it comes off the presses, subscribe both in print and on your iPad here.

Lavender has unveiled a new positioning as a customer experience agency, as it eyes end-to-end solutions in the fragmented media landscape and moves away from its direct marketing roots.

The new focus sees the agency billed as a “CX agency”, with a focus on multi-channel experience. On its revamped
website, Lavender describes itself as, “not only storytellers, but also inventors, systems integrators and data specialists. As a true CX agency, Lavender will shape your organisation’s products, services and communication around your customers.”

Key to Lavender’s new offering, is a “five-step process” of consulting, data, creative, technology and delivery - all of which is delivered in-house as part of an end-to-end offering.

The agency, which opened in 1997, has a strong pedigree in direct marketing, but has spent the last several years re-aligning itself around digital, data and technology. It has had success in the proprietary technology space, which includes its Loyalty3 platform designed to increase customer spend and frequency. Technology continues to play a key role in its new “five-step” CX positioning.

Lavender’s work in CRM has been highly awarded, including its ‘Thanks’ work for Telstra, which rewards existing customers with discount tickets to entertainment such as movies and sporting events.

The repositioning comes at a time when agencies on both sides of the media and creative fence are looking to broaden their offerings in a fragmented market.

McCann came out earlier this year pushing an “integrated approach” while Leo Burnett Sydney picked up the media work for Diageo in 2014. UM has also rebranded as a “creative connections” agency to differentiate its media offering.