The Royals founder Dave King steps back from business 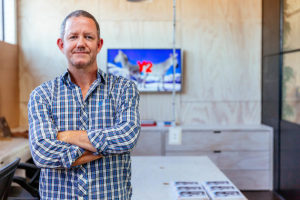 The Royals cofounder Dave King is stepping back from the business to focus on his artificial intelligence startup business Move 37, AdNews can reveal.

King cofounded The Royals alongside Andrew Siwka, Stephen O'Farrell and Nick Cummins in 2010. He leaves his role of innovation partner but remains within the business as non-exec director.

Move 37 was founded by King in 2017 and describes itself as a "creative AI company" that uses machine learning and data science to help people come up with ideas.

Siwka said The Royals will continue to reap the benefits of King's "strong leadership" for years to come.

"It certainly won't be the same not having my great friend and business partner around every day. He has played a huge part in getting The Royals to where we are today, but thankfully for us he is not leaving us, just focusing more on other endeavours."

On LinkedIn, King wrote: "It's been an awesome ride and I've learned a lot from Andrew Siwka, Stephen O'Farrell, Nick Cummins and Dan Beaumont and heaps of other Royals, friends, collaborators and community members I've come across.

"I'll always be grateful for that. I'm super-proud of the culture and reputation we've built into a place that is inclusive, celebrates ideas and technology, loves real collaboration and respects its people above all else."

Earlier this year, AdNews spoke to key members of The Royals team about the agency's evolution and how its being built for brands that operate in a modern economy.