The role of the creative has changed, but for better or worse? 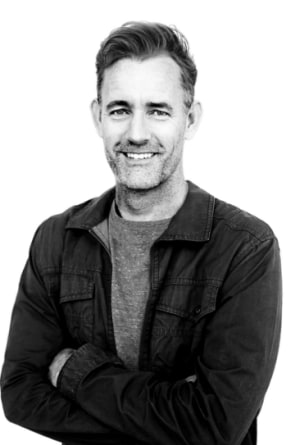 The role of the creative has changed drastically over the last decade but it has also opened new pathways, says Gavin McLeod, executive creative director at Ogilvy Sydney.

McLeod, who recently returned to Australia after a stint at AKQA in San Francisco, believes the move from consultancies into the advertising space has a “positive spin” for the creative industry.

“15 years ago, I really had one career path which was agency world. You grow up and you become an executive creative director,” McLeod says.

“Now, there's just the breadth of opportunities as creatives. So, I actually think it's an exciting time to be a creative because you have more options than you've ever had before.”

Aside from the growing number of roles creatives can assume today, the breadth of work has also changed.

McLeod points out the change in workflow means creatives aren’t just “colouring in” all day; rather their work can have greater impact and actually make a difference beyond marketing.

“We used to just do campaign work and now creative can really impact the entire consumer experience across the entire ecosystem,” he says.

But it’s not all rainbows and butterflies for creatives. As their roles continue to transform, the flipside is that so to do client expectations.

The shift into the digital world has seen creatives no longer just producing a traditional TV ad – they’re now expected to translate their ideas across mediums, in a shorter timeframe and prove an outcome.

McLeod notes that these heightened expectations are placing greater pressure on creatives and makes it more difficult to manage projects.

These pressures are increasingly being reflected in the diminishing quality of work which goes seemingly unnoticed by consumers.

In the age of excessive advertising noise where consumers can be exposed to anywhere between 5,000 and 10,000 ads a day it can also be harder to cut through the clutter.

“I honestly don't understand if you are clients and you are a brand manager how you can accept mediocre work that essentially becomes wallpaper,” McLeod says.

“I mean, when you've got such creation, why would you want work that nobody understands?”

While he calls out agencies for sometimes creating work that isn’t appropriate for the client, he also believes clients need to be prepared to take risks to really breakthrough to consumers.

“A lot of the sentiment of where you get to great work is strategy,” he says.

So, which clients are doing it right? McLeod names Nike and Burger King as two standouts who have hit the money with their advertising on a global scale.

“I know this is cliché but you would have to be impressed by Nike. It's understanding of who they are as a brand and then its willingness to take risks that could - and the Colin Kaepernick stuff is probably the best example,” he says.

“Fernando Machado [CMO at Burger King] is just a really smart client, with the fact that he's willing to back agencies, willing to take risks but also is clearly making smart calls on what he is prepared to do as well. I really admire him.”