Management style: Lead by example (pacesetter) is my natural style.

Your mantra/philosophy: Make the most of every day and opportunity

Top piece of career advice: Put your hand up for every opportunity

One item you cannot live without: My phone

Last book you read: The Mountain Shadow by Gregory David Roberts  (the sequel to Shantaram)

What car do you drive: I drive a VW Golf and the family car is a Mazda wagon

SYDNEY: In the fast paced, ever-changing world of media, you can be guaranteed that what is relevant today, could well be redundant tomorrow. The agencies that thrive in such conditions are often those that are nimble and can adapt the quickest to an ever evolving media environment.

Aimee Buchanan, the CEO of one of the country’s leading media agencies, OMD, has such qualities in spades and is all too aware that if media agencies don't evolve their service offering, they run the risk of becoming little more than a trader of a commodity in an increasingly automated world.

In the past year, the 38-year-old has not only had to adapt to motherhood, but also to running one of the largest agencies in Australia.

Adaptation and making the most of change is in her DNA.

Born in Sydney, Buchanan moved to Bateau Bay on the New South Wales Central Coast when she was six before life took a turn for the worse when her mother passed away four years later.

She then moved in with her father until 13, lived with her grandmother until 15 and decided to leave the mainland and head to a small town in Tasmania to be with her dad, once more, possibly where she developed a "love of the great outdoors".

“With everything negative comes a positive, with every turn comes something new and in this world if you don't jump on that you get left behind,” she tells AdNews from the canteen of OMD’s Sydney office.

“I learnt just to make the most out of every day. We live in an amazing country and work in an amazing industry that is filled with opportunity and privilege."

When Buchanan left school she wanted to be a journalist and studied a communications degree (journalism) at UTS. However, she quickly realised journalism wasn't for her, and after taking off some time off to travel, applied for a job as a media assistant at Mitchell & Partners in 2000.

“The massive irony is when I grew up in Tasmania my dad wouldn't let us watch any commercial TV,” she says. “So I always had this interest in it because I wasn't allowed it.”

A country girl at heart, Aimee has a love of the great outdoors.

At Mitchells, Buchanan’s media career thrived and in 2003 she joined the Optus team – a pivotal period in her career.

“Mike Smith who was head of retail and eventually became MD of Singtel was a huge influence on my career and an incredible man,” she explains.

After spending nine years on Optus, including leading the account for three years, Buchanan sought a change. At that time Mitchells was pitching for Tourism Australia, an account she had coveted, but lost out to OMD.

“I got a call from Horgs (Peter Horgan) maybe a few months after saying, 'I think I've got a job you want',” she recalls, adding that it was around the time Mitchells was being bought out by Dentsu Aegis.

Buchanan was offered a role to lead the Tourism Australia at OMD working closely with head marketer Kim Portrate. Interestingly, she credits much of her learning over the years to working for some of the top marketers in the country, including Smith, Portrate, Joe Pollard, Jenni Dill and Olivia Wirth.

"Clients have probably taught me as much as people internally...Smith taught me that whatever we do needs to ladder up to a business outcome and a business influence, we can't live in a media bubble. He also taught me a lot about loyalty and leadership.”

After Tourism Australia, Buchanan moved across to Telstra and worked her way up to general manager of OMD Sydney, before stepping up to a dual MD role with Mark Jarratt at around the time OMD won the Qantas account in late 2014.

Stepping up to CEO

After taking some time off to have her first child, an opportunity opened to lead OMD nationally when Horgan succeeded Leigh Terry at the helm of Omnicom Media Group.

Although industry rumours had placed Buchanan as a front-runner for months, she tells AdNews she only knew about it a couple of weeks before it became public last October.

“There were some amazing contenders for that role, so there was no assumption that it was going to happen,” Buchanan says.

The major change to her duties as CEO are the added national responsibility and product streams reporting in rather than client outputs. OMD staff can expect her management style to differ from industry veteran Horgan.

“Horgs and I are really different operators, but we're really complementary. He comes at it much more from an industry perspective whereas my angle is always the client perspective,” she says.

“He's a very collaborative leader; he brings everyone in, takes all of the information and makes a decision. I'm probably a bit more intuitive and then I'll go that way... to either verify or shift that.

“The thing about Horgs is he gives you absolute ownership; I don't have any worry about him being there it will be a good thing. He listens, there's a genuine dialogue there.”

Buchanan's first task was to get in the right organisational structure in key markets. This included the recruitment of industry veteran Kenny Stewart to overlook the Brisbane and Perth offices as well as the recent hire of Yvette Mayer as Sydney MD.

A key focus this year will be tweaking OMD's offering for each client to ensure it meets their future needs, which includes deepening and embedding services that sit within Omnicom Media Group.

Buchanan says OMD has done a good job of mapping out a customer journey from a media agency point of view but more work could be done to get some of these newer services better embedded into the mix.

“With Annalect, we have a lot happening in the digital and data space, which will be a core focus of our future. This contains our SEO, analytics, consulting, SEM, programmatic – all of which we have done a lot of work to ensure it is embed into our core agency teams rather than sitting on the peripheral,” she adds.

“My experience is that clients don't want six different things to be dealing with, we need to consolidate that into a single offering that brings it all together. That needs to sit at the core for business like Telstra and McDonald's and most others clients.”

There's also a focus to improve the “connectivity between message and placements…that context piece” as well as helping clients use their data to optimise media investment, which she says most clients struggle with.

In terms of growth, Buchanan says the Melbourne office will focus on embedding Coles, but there are plenty of opportunities across other offices with clients in FMCG, finance and tourism (after the loss of Tourism Australia to UM last year) on the radar.

The major challenges, she says, include helping clients grapple with media fragmentation and connecting media investment to acquisition.

“It's an industry that a few years ago probably went through the risk of being commoditised. That risk is still there and we're on a journey and a lot of it comes down to the connectivity you have with those brands and businesses and the role that you play in that,” she says.

“There's work we can do to deepens that. The interesting dilemma is that there's still that risk but with digital and data and connectivity through to results, it puts a different lens on it if we're smart about it. It enables us to have much more connectivity into a business versus the brand discussion we've been having for a long time.”

Buchanan is quick to point out that this move towards delivering against business results doesn’t necessarily mean short-termism and ignoring brand building – quite the contrary.

“I feel like 18 months ago it felt everything was much more short-term focused but we're getting better at working with clients towards a longer-term view. But there is still an opportunity to do more,” she points out.

OMD is renowned for its workplace culture.

One area of short-termism that needs constant work is addressing staff churn, with an industry average of 35% turnover making people management one of the top business challenges.

“We are below that average, ours is about 22%, but we spend a lot of energy and money (more than $1 million per annum) on building a culture and a team that retains talent and that's been our heritage,” Buchanan adds.

“I think while we do a good job in that space it's tough, there are more jobs than people and keeping good people continues to be a challenge.”

OMD is widely regarded as a leader in terms of culture among staff retention in media agencies.

It regularly makes Best Places to Work lists, including number 10 in the 2016 list – the second-highest among peers behind GroupM's MEC.

“You need leaders in the business that are consciously looking at diversity and Horgs has done a very good job of that. We have been very focused around supporting women back into the workplace though policy and supportive and nurturing culture. Having personally been through that experience (Buchanan returned to work in 2016 after giving birth to her first child),” Buchanan says. See: My experience on returning to agency land after having a bub ... 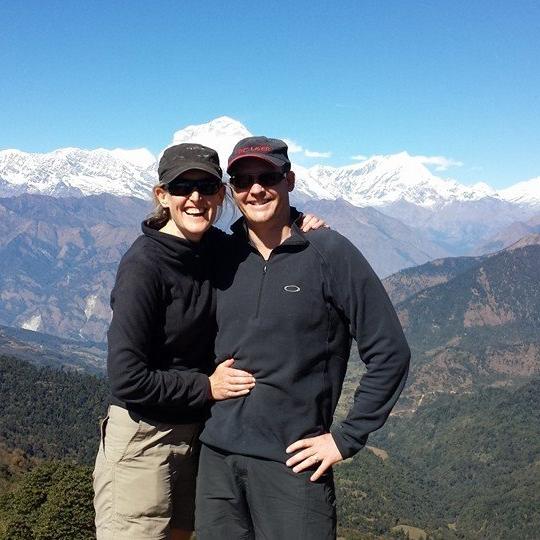 Having risen to the top, Buchanan urges young women and men to place “eagerness before ambition”.

“Regardless of gender or ethnicity it's about bringing a different perspective as a female, as a digital specialist as a data expert – whatever it may be,” she says.

“We have to celebrate difference and at times you can get caught up in the negativity of difference rather than the positivity.”

And what of her personal ambitions at the helm of OMD?

“I want to leave this business in a better place than when I started,” she explains.

“We've done a great job of building the momentum of the brand and the business and being steady. For us it's about authenticity, being consistent, doing things the right way and building trustworthy relationships.”