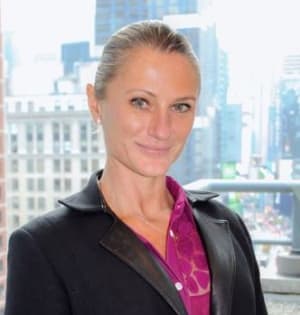 OMD has announced the appointment of Yvette Mayer to managing director, OMD Sydney. The annoucement follows the promotion of Aimee Buchanan to chief executive officer OMD Australia, in October.

In her new position the Australian will lead the OMD Sydney office and be responsible for the agency’s output. She has also been appointed to the OMD Executive Team.

Mayer joins OMD from her New York based position of EVP, group director at Starcom US, where she led the ESPN business, was head of digital for Mars Wrigley and was also a member of the Senior Leadership Council.

Her career has spanned more than 20 years Australia, the UK and the US and she has worked across every facet of the media agency business with a number of leading brands including Mars, Subaru, ESPN, Suncorp, Sony, Bank West, GE and National Foods.

Buchanan says Mayer is a proven leader with a reputation for strong client relationships, building great teams and fostering a strong workplace culture.

“Her pedigree will see digital capabilitymove to the core of the agency offering and enable OMD continue to push the boundaries in product development,” Buchanan says.

After roles within planning, buying, strategy and client service, Mayer made the switch to digital specialisation in 2008.

Mayer says she plans to unleash her passions for winning culture, digital at the core and authentic relationships to the role.

“The appeal of a business focused on results with integrity was irresistible. It will be great to be home reconnected with an industry of so many incredible friends and peers.

In July, IPG Mediabrands poached Leigh Terry, who ran the Omnicom Media Group in Australia, to run IPG across APAC. This move saw Horgan fill his spot and while it was widely thought Buchanan would take the OMD CEO spot straight away, it was only officially confirmed in October.