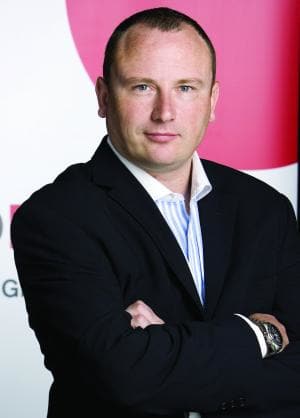 OMD CEO Peter Horgan will take over as CEO of the Omnicom Group, and will look to appoint a CEO of the agency in due course.

The APAC role is a relatively new one within IPG, which has been realigning its global structure to geographies.

Terry, who studied modern history at university in London before going onto the Omnicom University senior management programme, had been with the Omnicom group for more than 18 years. He said in an email to friends and colleagues it was a "very difficult decision", but he is excited to be taking up a new role early in the new year.

The move is reminiscent of the jump made last year by IPG Australia CEO Danny Bass from GroupM. He was expected to take on the CEO role to replace John Steedman, but defected to IPG.

Since being made global CEO of IPG Mediabrands Henry Tajer has made a raft of appointments from the Australian market to global and US roles.

Until now Omnicom had escaped the upheaval most other groups in Australian market over the last 12 months, set in motion by Tajer's global appointment.

Terry has been with the group for 18 years and Horgan and Terry have worked together for a number of years with Terry previously running OMD before moving into the group role.

Neither party had more to add beyond the official statements today, but there will be a number of logistics to work out in the coming days and weeks. Terry is understood to be embarking on six months of gardening leave before taking on the post.

Much like Ryan and James, Horgan will remain CEO of his former agency in a caretaker phase until a replacement is found.

“The ANZ region is a stellar success story with both OMD and PHD performing phenomenally well in terms of reputation, scale and business growth. Leigh has played a key role in that success, driving the growth and stability of our agencies in the region. We are thankful for his leadership and contribution,” said Cheuk Chiang, APAC CEO, Omnicom Media Group.

“Peter has done an exceptional job in elevating OMD in Australia taking it to the number one position. OMD Australia has recently delivered fantastic results with strong growth. The talent, offering, work and innovative culture are second to none and Peter, together with strong leadership from both Australia and New Zealand will continue to drive our high performance in the region,” added Chiang.

“Having led OMD for the last 5 years, I am looking forward to supporting the OMG businesses across ANZ to drive even greater success. We have built a diverse suite of capability in this region, and I feel we are uniquely placed to embrace the future landscape,” said Horgan.

PG Mediabrands’ Global CEO Henry Tajer has announced the appointment of Leigh Terry as CEO of IPG Mediabrands in Asia Pacific. Terry is a highly regarded media innovator and leader whose career has spanned Europe and the Pacific.

“Asia Pacific is a key priority for regional investment over the next five years,” said Tajer. “The region continues to hold enormous potential for our clients and our business and Leigh possesses the talent, experience and vision to deliver on the plans we have in place.”

He added, “Leigh is a very highly respected and effective executive who has been on our most-wanted list for quite some time and I am very excited he has chosen to join us.”

Leigh Terry is currently CEO of the Omnicom Media Group across Australia and New Zealand. He oversees a network that has 900 people across 16 offices in seven international media businesses. He has been a digital innovator for 16 years, having launched digital capabilities for OMD in London in 2000, later moving to Australia to launch the agency’s digital, data and direct operations.

Terry said: “After an amazing 18 years at Omnicom it was not an easy decision as I leave many friends, not just colleagues. However, with the broader international opportunities and the energy, vision and leadership at IPG Mediabrands I am excited to be creating a new chapter in my career. I am really looking forward to working with Henry and the team to deliver their vision and in doing so help take IPG Mediabrands to new heights.”

Leigh will start his new assignment with IPG Mediabrands at the end of 2016, and will partner with Reg Davidson, who was named chief financial officer of Mediabrands Asia Pacific earlier this year. Davidson is formerly CFO of IPG Mediabrands Australia.