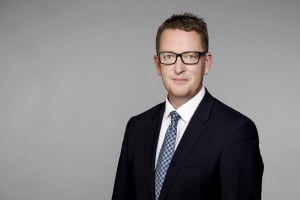 Michael Stephenson has taken the revenue reins at Nine following the departure of Peter Wiltshire on Monday.

Stephenson worked with Wiltshire for six years at Ten before reuniting at Nine nearly a decade ago. He was viewed by many industry observers as Wiltshire's heir apparent should the industry veteran move on.

As part of the reshuffle, Richard Hunwick has been named director of sales in television.

Stephenson's career at Nine has seen him head the sales function across television for several years and both TV and digital in the past 12 months. His role has mostly been client facing whereas his new job will have direct reports in pricing and inventory, research, data and analytics, and content and brand integration.

Importantly, Stephenson will be on the Nine board with investor relations and media responsibilities.

In his first interview with the trade press since taking the role on Monday, Stephenson was quick to point out the change of leadership would have an “air of familiarity around it” due to the close relationship he has with Wiltshire as Nine continues a three-year strategic plan to fully integrate digital and broadcast.

AdNews: How different will your approach be to Peter Wiltshire's and why the different job title (chief of sales instead of chief of revenue)?

Michael Stephenson (MS): I've been here for nine years and worked with Pete for 15 of the 22 years I've been doing this. He and I have always been very aligned in terms of what we do and how we do things. We're halfway through a three-year strategic plan and some things I will change our focus on, but fundamentally the plan doesn't change.

AdNews: How will your previous experience equip you for this step up?

MS: I love being in front of our clients, I love talking about our product to them, I love understanding more about their business and the challenges that they face, and those challenges are becoming more complex. We are able to become business partners in today's world versus a transactional partner, which is what we have been historically. So, I like to spend as much time as I can doing that and I think that is where I can add the most value.

AdNews: Have you always coveted this position?

MS: I think it became obvious after a while that I was following in his footsteps a little, and that's not something I shy away from. I've had the opportunity in my career to work with some of the best sales directors of the modern era, from Grant Blackley to James Warburton, Kurt and Pete. I've worked with all of them and I've got a style where I've taken the bits that I think worked brilliantly with those people and the bits that weren't quite me, I didn't take. What you see is what you get.

AdNews: It's been a tough start to ratings season, what do you put that down to?

AdNews: But last year your start was much stronger...

MS: At the beginning of last year we launched with an incredibly strong cricket season. Off the back of that you went into a cricket world cup which took us into March. You launched with a juggernaut which is The Block, five nights a week and seven hours of television every week. This year, we had a different tack where we moved away from strict reality and had a focus on live entertainment with Australia's Got Talent. It's a beautifully produced TV show, but it's only a small number of television hours.

AdNews: Are you pleased with how Australia's Got Talent and Farmer Wants a Wife have done?

MS: It depends on what you define as well. I think they were only ever going to be 900k shows, so you've got to manage your expectations around what these types of things will do. They were both strong in the demographics and you'll see where we sit even in the first quarter.

AdNews: Looking ahead, what are the shows Channel Nine is banking on to rebound from a slow start?

MS: A continued focus on delivering the best in breed news and current affairs, this is where our investment goes. There's a commitment to delivering excellent award-winning Australian drama. So you'll see Love Child, Hide and Seek, we've just released Doctor, Doctor as a new production, and you'll see House Husbands. You'll see The House of Bond in the last quarter.

There's a massive commitment to Australian sport, the Twenty20 World Cup, which we bought the rights to. The NRL has kicked off, so Thursday night games (18 of those this year) lead into a strong summer of cricket at the end of the year. Underpin that with reality formats that will takes us through the year - Reno Rumble, into The Voice, into The Block. We will also invest in short run programs like Married At First Sight.

AdNews: How will you better connect advertisers with broadcast and digital?

Clients today have much higher expectations around what we are able to deliver as a media organisation and that's a good thing because that drives us harder. Originally it was probably clients and media owners experimenting together, but clients have seen what some brands have done, and some of the great integrated campaigns became a bit of a drug - everyone wanted to do it.

We do that already quite well but in the future it is just going to become bigger part of what we do as people move away from buying siloed mediums and start buying ideas based on creativity and steeped in data and ultimately delivered by technology. That's the future.

Michael Stephenson talks about addressable advertising, why he is confident Nine can rebound and the broadcaster's success story of the year and his "competitive" nature in the print edition of AdNews, out Friday.