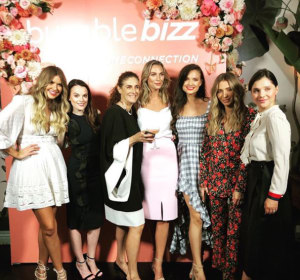 LinkedIn, like the advertising industry in general, is dominated by men. The gender imbalance can make networking harder for women, with women often recounting stories of a "networking" attempt that has been mistaken for a date.

But dating app Bumble is entering into the space, taking on LinkedIn, and launching a network designed for professional networking and mentoring, Bumble Bizz.

It aims to get rid of the "grey areas" that exist in professional networking that often stem from a disparate power dynamic between men and women.

The platform, revealed at Sydney's The Butler last night, is an extension within the main Bumble app, using the same Tinder-esque interface to allow people to swipe left or right on possible networking matches.

Speaking to an audience of more than 85 media, influencers and businesswomen, country lead for Australia, Michelle Battersby, said that Australia is the fastest growing market and Australia is the fourth largest market for Bumble, hitting one million downloads this week.

"We see Bizz as a platform where you can meet your next potential mentor, reverse mentor or business partner," she said.

Head of brand Alex Williamson said Bumble as a brand has strived to "flip typical gender dynamics on their head" and by creating a place where women make the first move, it has leveled the playing field.

"Every women in this room would have a story of a time where there was a really uncomfortable grey area in business. You think somebody wants to talk to you because they are interested in you as a professional but they are really trying to date you," she said.

In the ads, which will roll out across social media, each woman reflects on the "one connection" that changed the direction of their career and got them to where they are today.

Bumble has been expanding its core business from its initial purpose of dating over the last three-and-a-half years since its launch. In 2017, it launched Bumble BFF, a platform which helps people find new friends. 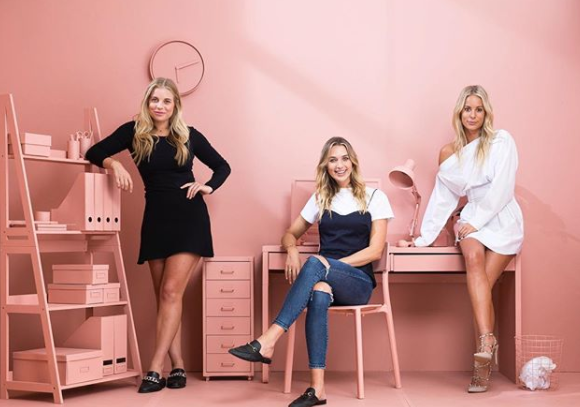 Referred to as the "feminist Tinder", Bumble was founded in 2014 by Whitney Wolfe, an original founder of Tinder, with the aim of revolutionising dating to give women more control.

It has taken a bold, female-first stance in its marketing, rolling out billboards across the US carrying the tagline: "Be the CEO your parents always wanted you to marry".

Bumble Australia now has three local staff, including Battersby, marketing manager Charlotte Fleming and brand consultant, Victoria Minell. It is expected to ramp up its local marketing strategy, partnering with ad agency JWT Sydney earlier this year on a project with Sydney Cats and Dogs Home.