The future is being written in lines of code: Decoded co-founder 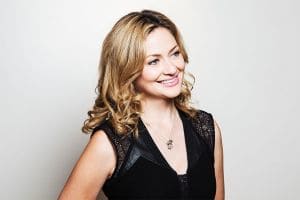 There's a technology divide splitting Australian businesses and Decoded co-founder and co-CEO Kathryn Parsons doesn't just want that to change, she believes a technology shift is on the way.

The technology education business is poised to open on Australian shores and Parsons believes that everyone from business leaders to politicians need to sit up and take notice, because the future of product development and creation lies in code.

“The future is being written in lines of code,” she said.

“Every single product is affected. Products are increasingly becoming digital products; if you're going to be part of that creative process you need to be able to actually understand the ones and the zeros that are shaping the form of those future products.”

The business launched in the UK in 2011, has an office in the US and is now launching into Australia. Parsons sees a want to learn from Australian operations such as Telstra and Rio Tinto and agencies such as M&C Saatchi, Saatchi & Saatchi and Omnicom, that are already working with the business locally.

Decoded is working with businesses and agencies to embed technology throughout their processes. One way it's doing this is with its signature course Code in a Day, which sees complete novices learning the intricacies of coding in one day.

“Those ones and zeros, that language behind the screen is terrifying. It's shrouded in mystery and it is coded and there's all these barriers,” she said.

“The philosophy [behind the course] is how could you teach people really quickly and make education amazing again, but also take away the jargon and the fear and the clichés which are some of the most harmful barriers to people.”

Parsons explained while there is a technical divide at the board level of some businesses, there is a shift as more chief information officers and chief digital officers are ascending up to higher ranks. However, Parsons does highlight that the days of putting tech people in the basement has to stop.

“Typically you will have a developer team or developer sitting quite siloed and people finding it hard to have conversations that are mutually collaborative,” she said. “So, by really bringing people together and saying technology should be represented across all aspects of the business, whether it's leadership, strategy or cyber security policy, not having it sit in a part of your business that is perceived to be a part of your [technology] build.

“We're seeing that shift happen - we’re working with companies as a whole and really collaboratively working with a board to create a culture of innovation and a culture where technology is put at the heart of the business no matter what job you do.”

Parsons will be in Sydney for the AANA's Reset conference in October.

A version of this story originally appeared in the latest edition of AdNews magazine (21 August). You can get the issue right here, right now.