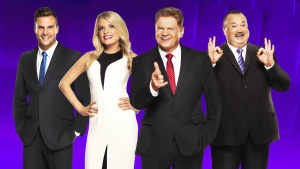 Nine Network's The Footy Show has topped the ratings with its NRL grand final special last night, according to overnight OzTam figures.

The show picked up 987,000 viewers ahead of both Seven and Nine's news programs, and featured former NRL star Beau Ryan who had been absent after allegations of cheating came to light.

The Bachelorette continued its strong run picking up 875,000 viewers as the fourth most watched show of the night. Once again, the show was a hit on Twitter with the #BacheloretteAU hashtag trending at number one nationally and Alex – the bachelor who featured on a single date with Sam Frost - trending at number two nationally.

Nine's RBT had 730,000 viewers and was the ninth most watched show of the night followed by the network’s Kings Cross ER on 688,000 viewers.

By demographic, The Bachelorette topped the 16-39 and the 18-49 age bracket while The Footy Show topped the 25-54 age demographic.