The Commando takes on Survivor as new sponsors roll in 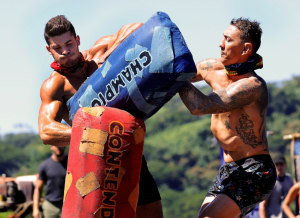 Fitness guru Steve Willis, better known on television as the Commando, has joined the castaways on Australian Survivor alongside a host of champions and new sponsors.

The premise of the show is that 12 champions in their field are pitted against 12 contestants. The castaways will compete for $500,000 for 50 days with little food sleep and only the clothes on their back.

The former special forces officer will be pushed to the limits in the gruelling tropical paradise of Savusavu, Fiji.

“Survivor is the ultimate. It’s physical, it’s mental and it’s hard because you have to play dirty to win. I’m going to play as honest a game as I can but I know that it won’t be an easy win but it’s one that I want to win,” Willis said.

This year’s series has seen Holden return as a major sponsor and attracted new partners BGF, Kellogg’s and Parmalat.

“It’s great to have Holden back for a third straight year taking advantage of creative and high-impact integration opportunities across the show,” Network Ten executive general manager revenue of client and partnerships Rod Prosser said.

“To have first-time sponsors BCF, Kellogg’s and Parmalat come along for the ride shows the belief the market has in the franchise and its ability to engage and excite.”

“Like the contestants, the Commodore Tourer is for the modern explorers - whether it’s pushing the limits or searching for a little solitude out the back of beyond,” Samphier said.

Australian Survivor will be set in Savusavu, Fiji.