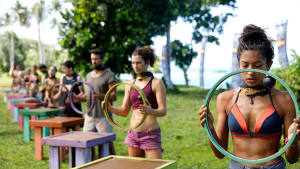 Ten is taking Survivor beyond the TV screen with the launch of its first online series for Australian Survivor.

The nine-part web series goes live on the network's catch up service Tenplay. ‘Jury Villa’ will follow eliminated contestants as they form a jury to decide the series’ winner.

Ten head of digital and content marketing Brad Garbutt says the move shows that TV is "no longer a little box sitting in the corner" and enables viewers to engage with content pre- and post-broadcast.

Speaking at an NGEN event in Sydney this morning, Garbutt says the series is an example of linear TV evolving to stay relevant in the digital era.

“This kind of content creation is what television is doing to renew itself and to create more of what people want to watch. It’s what we are doing to keep up with the future,” he says.

The panel from Seven, Ten, Nine, Domain and MCN spoke on future innovation for television at the NGEN event

Garbutt says digital content is increasingly important to Ten, illustrated by a strong Twitter presence for The Bachelor and The Bachelorette as well as a recent web series for a sponsor of Offspring.

The show will be distributed across Ten’s social channels and promoted across the network to drive people back into the program.

“Between TV, mobile phones and tablets - the devices we use to consume video content - we are still spending so much time in front of a screen. I don’t think that will decrease, rather the need to be entertained will continue to grow,” he says.