The coming of age of digital outdoor in Australia 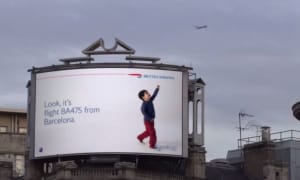 From raising awareness of the channel and thinking mobile to pondering programmatic and leveraging new content mediums, the digital out of home advertising industry has plenty on the agenda for 2015.

In an Australian first, a group of senior advertising execs recently gathered to discuss the the coming of age of digital outdoor in Australia.

The roundtable event was organised by the Digital Place based Advertising Association (DPAA), which is the digital out of home (DOOH) trade association. Initially set up in New York, the DPAA represents the interest of all major DOOH networks in the US and is now established in Europe and Australia.

The aim of the roundtable was to make it easier for marketers and agencies to plan, buy and evaluate the effectiveness of digital placed based advertising networks by the introduction of standards.

Key issues that arose included the lack of understanding by some on the concept of digital out of home – which includes ad tactics such as office-based media (TV screens in lifts and lobbies), large format digital panels, interactive billboards and digital outdoor audience in real time (DART) offerings, such as TV screens on petrol pumps - some of which have facial recognition.

AdNews went along to the roundtable event to look at some of the key things going on across the medium and to get peek at what's coming up for the sector in 2015.

One of the main concerns mentioned was the need to raise more awareness of the channel as many are unaware of the offering, what it can involve and the targeting opportunities.

In particular, ZenithOptimedia’s Mitchie said creative agencies need a lot of help and education around how to use the medium.

“When it comes to doing retargeting or segment-based dynamic creative and doing that sort of thing promptly, most creative agencies can struggle here. That’s been the case for years now and as we move toward doing this in the out of home digital space - someone’s head is going to explode - as it’s a lot for them to get their around.

“How to take a big outdoor panel and make it respond to different people, be it with geo-targeting, data or weather - can be very complex from a creative messaging point.”

PHD's Stephenson said that clients have never been under more pressure, from financial pressure to PR pressure and beyond, he said they are under an immense amount of pressure from the actual capabilities of media.

“Media has never been more diverse and more varied and the capabilities have never been greater, but therefore the skills and capabilities of clients to understand that and make informed decisions on that have also never been greater,” Stephenson said.
“And we then ask clients to be experts in brand building, RTB, CPA capabilities - as well as asking them to understand how to adopt creative and do all these different things. It’s a lot to ask and there’s never been more pressure. It’s absolutely incumbent on us to ensure that we are getting all of this in front of clients in a way that is meaningful and clear without being too simplistic.”

OMD's Dick, said there have never been more conversations about digital outdoor within the agency than there is at the moment. Creative agencies need to be presented and given the option and ideas for digital out of home as “you don’t know what you don’t know”, she said – meaning conversations are perhaps not extending to creative agencies on this medium, so they are unaware of the opportunity.

“Creative agencies are under a lot of pressure as well - from a brand perspective - so if they can prove creatively that things are working then I think they would be open to testing and learning – just the same as media agencies and clients,” Dick said.

Stephenson added that the Look Up campaign by British Airways (BA), is a great example. It is a digital billboard featuring a young boy pointing to the sky. It uses BA's flight data to update the board in real time, displaying the flight's number and origin.

OMD's Robins said creative agencies are “waking up” to what media agencies have been doing in this space.

It was also suggested that perhaps people are not fully aware of the full scale and power of outdoor digital creative and that the issues around perception of scale need to be addressed.

“There is definitely the appetite for it but still people just aren't quite sure what it means, and they are busy and in their own silos so being able to find that time in an agency can be hard,” Robins said.

Posterscope's MD Copley, also said that it seems the people that are most enthusiastic about out of home are the agency guys with a digital background.

Off the back of this topic, Roydhouse said “ease” and “simplicity” need to be key priorities for the industry in 2015, instead of jumping into more complex waters involving programmatic.

“We just want to make it easier for clients to transact with us. Ease should be a purpose for 2015, rather than getting into programmatic which could just make things inherently more difficult,” Roydhouse said.

Data sets to come and mobile is a possibility

Robins, Dick and Roydhouse agreed that once this ease of understanding hits, then the next step would be to introduce more data options.

“At the moment we need to learn, test it, see what works for us and then share the experience to promote using it more often. That’s our objective,” Dick said.

Mitchie also questioned being able to have digital panels linking into the power of mobile. He said linking mobile in order to get transactional would be “super powerful”.

But he did stress that digital out of home not make the same mistake web advertising did by putting “shitty banners into mobile phones”.

On the subject of apps and linking them to digital out of home, Stephenson said it's important to remember the “value equations” and gave the example of watching ads to get free TV show episodes.
He said it's all very well talking about apps and getting people to download them, but “the more you expect of people the more you have to give them”, he said.

“Keep those things equal as the more we want and expect people to do these things such as download that, engage with this, it's great, but in order to get that we have to give value and give utility.”

Programmatic not there for digital out of home... yet

OMD's Robins said the knowledge base of programmatic for digital out of home was not great and that while people are taking about it, they are only talking and are not taking much action.

The group discussed a plethora of opportunities and challenges the industry has to face and agreed that in 2015 the sector needed to raise the perception of digital outdoor advertising, particularly among the creative agencies. The group also agreed to look at improving the ease of use of the channel, to delve into the possibilities of data, and keep in mind future considerations on mobile and programmatic.

Bushby said as digital out of home is really coming of age in Australia, it's vital to hold regular roundtable events – to encourage best practice and the sharing of knowledge to drive both the adoption and effectiveness of digital out of home.

Check out BA's digital out of home offering below:

OOH growth due to “unmissable nature”