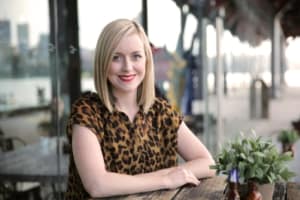 Julia Quinn will lead the sales charge in Queensland for Yahoo7! after arriving from Fairfax.

Quinn will be tasked with driving commercial objectives in the state, reporting into national sales director Paul Bates.

Prior to joining Yahoo7!, Quinn was a senior account manager at Fairfax Media for almost eight years.

The Monkeys is leaving its Redfern offices and moving into new premises in Surry Hills.

As a parting gesture, the agency has paid tribute to the characters of Redfern it's become acquainted with and that have helped keep the Monkeys in shape.

Welcome to the neighbourhood, Monkeys.

Presto further increased its tie-up with Entertainment One Television after its success in securing The Walking Dead for the subscription video on demand platform.

It will add full seasons of Hell of Wheels, Bitten, The Firm, The Slap, Haven, Rookie Blue, and Matador onto the platform.