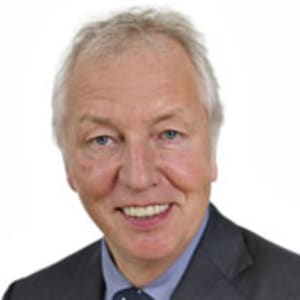 Dodds has also previously worked at McCann-Erickson in Sydney and San Francisco and held roles at Y&R Sydney and Mojo.

J.Walter Thompson Sydney executive creative director Simon Langley said: "It's not easy these days finding a writer of Doddsy's stature. He's very tall. His experience creating big brand ideas across almost every client category will be an invaluable asset to the agency."

Barclays global marketing boss David Wheldon is replacing Martin Riley as the president of the World Federation of Advertisers.

Wheldon has worked for the British bank since February 2012, but also has both client-side and agency-side experience.

His roles include stints at Coca-Cola, Lowe Howard-Spink, and BBDO Europe.

Presto TV has signed a subscription video on demand exclusive deal with 20th Century Fox to show Modern Family as part of a wider deal with the studio.

The first four seasons of the comedy will become available on the platform on an exclusive basis, however the deal also covers access to other shows such as Sons of Anarchy, Homeland, the X-Files, Buffy the Vampire Slayer, and My Name is Earl.

It is thought the other shows will be available on a non-exclusive basis.

France is looking at proposed measures to criminalise the use of advertising with anorexic models, according to several media outlets.

France's health minister Olivier Veran has said he supports amendments which would add language to an upcoming health bill, banning the use of underweight models. Another change in the law would make it a crime to glorify excessive thinness.