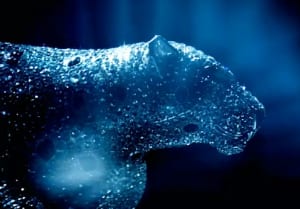 BBC Knowledge Australia will launch a new series in May taking a look at the success of top brands in the marketplace, and canvasses the views of industry heavyweights from Saatchi&Saatchi and DDB Worldwide.

The series will reveal the marketing tactics of some of the world’s most successful brands including Cartier, BMW, Disney, Coca-Cola, Ikea & Virgin.

It will also investigate the latest techniques and marketing strategies in Europe and America – including the use of social media and augmented reality – showing how luxury brands are often ‘refreshed’ to attract new generations of customers across the globe.

Fairfax will become the first Australian news publisher to publish on the Apple Watch, launching “Skim” on the watch and iPhone.

The app will give users the top five editors' picks served to their watch, which users can save to read on their iPhones.

Fairfax will offer advertisers branding opportunities integrated into loading screens and interstitial ads between sections, but at this stage no brands have signed on.

The new app will be available for download on 24 April.

It is worth noting that Fairfax had launched news for Google Glass, until the US giant decided to pull the technology.

Thomas will aim to enhance Nabo’s presence by extending Nabo to every suburb across Australia by the end of 2015, as well as to have 60 councils, 6000 local community groups and local authorities on board.

“I’m looking forward to working closely with our partners to grow Nabo into a major consumer brand and site used by hundreds of thousands of Australians every day,” Thomas said.

Nabo has financial backing from Westpac and Seven West Media among other investors.

Digital strategic consultancy Zuni and the Association for Data-Driven Marketing have joined forces to to deliver a series of courses aimed at demonstrating the role data can play in strategy.

First cab off the rank will be a Digital Strategy course, followed by Content Strategy, CRM Strategy and Metric and Measurement courses.

Most companies have a web and social presence simply because they have to, Zuni said, but more often than not these are not woven into strategy at the top-line, meaning there's no cohesive plan with data-driven marketing remaining sporadic rather than a core activity.

Video ad tech company Unruly has opened a new office in Sydney as it looks to expand its focus on APAC and better support clients in the region. Unruly works with brands to help get videos shared and viewed online, with tools including the Unruly ShareRank algorithm which measures the potential virality of a campaign and its UnrulyX mobile video exchange.

The new team, based in Surry Hills, is headed up by the company's former Nordics MD Lance Traore and marks the 15th office the company has opened worldwide since 2006.

Traore said: "With video engagement rates higher than the global average across the hundreds of campaigns we have ran in Australia and 83.4% of Australians now owning mobile phones, we know all too well the huge social video opportunity there is for brands looking to engage viewers at speed and scale.

"We’re excited to be here and believe that our mobile-first approach towards native video advertising will be especially valuable to brands in the Australian market, which has a shortage of premium video inventory."