The Bulletin: Audi's a happy brand at Hawthorn; Quickflix expands 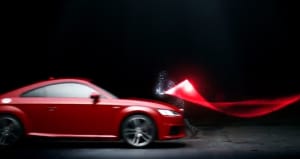 Oh they're a happy team at Audi

Audi has announced its first foray into the AFL, via a sponsorship of the Hawthorn Football Club.

It has signed on as the club's principal partner from the 2016 season.

It will have its logo displayed on the player's shorts and coaches' property including apparel and box, while Hawthorn’s suite at the MCG will be re-named the “Audi suite”.

Subscription video on demand player Quickflix has expanded its retail card program, adding Dick Smith, 7-Eleven and other retails onto the slate.

It has rolled out a series of $20 and $50 dollar gift cards through major outlets including Woolworths, Coles, and Big W.

It said it was expanding the roll out in anticipation of a major upgrade of the service, centring on a new user interface.

Foxtel has welcomed the passing of the Copyright Amendment (Online Infringement) Bill 2015, which in effect gives both owners and licensees the power to seek injunction to block access to overseas-based sites which offer free downloads of that content.

"These offshore sites are not operated by noble spirits fighting for the freedom of the internet, they are run by criminals who profit from stealing pther people's creative endeavours," Foxtel chief executive Richard Freudenstein said.

The bill is modeled after similar legislation which is in effect in markets such as the UK, Europe, and Singapore.

Ryan Petie has been named creative director of Publicis Melbourne. Petie has more than 15 years' experience and in his new role he will oversee creative output from Publicis Mojo, CRM and digital communications specialist agency Cubed and other Melbourne-based digital resources.

He was formerly deputy creative director of Publicis in Brisbane.

Tamie Williams has risen through the ranks at Nova Entertainment to become the national head of direct sales.

A newly created position focusing on strategy, Williams will report to Nova's group sales director, Peter Charlton, while still focusing on her responsibility of the Melbourne direct sales team.

“Tamie’s experience and heritage in our business and beyond, combined with her passion and disciplined sales approach, make her the ideal person to lead us into what will be the most important time for Direct Sales,” Charlton said.