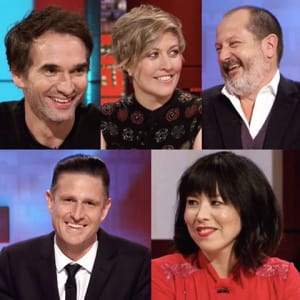 The season finale of ABC’s Gruen has posted a solid metro audience of 832,000 to win its timeslot as Nine's The Block continues to dominate prime time with an audience of 902,000 - the top rating enterainment show of the evening.