The AdNews Power 50 - we want your views 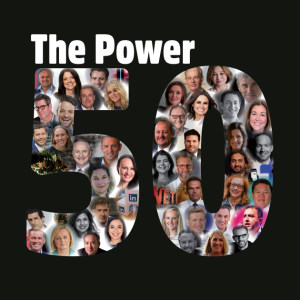 The AdNews Power List 2018 is open for nominations until the end of May.

Before it goes through to the AdNews judging process, we want you to make your nominations right here.

Last year the AdNews editorial team discussed and researched the power players at great length and over months consulted a wide range of industry views to help create the final list. The task was the tightest yet and, it’s important to note that we didn’t just go off the prior year’s top 50 – we wiped the slate clean and started from scratch. If there is one thing we learnt in 2017, it’s that everyone perceives power and influence differently.

The Power List will be published in the September issue of AdNews in print, alongside a new list of the Top 25 Emerging Leaders – see here to get involved.

From the definitive to the divisive, the bold and the influential, we want to hear who you think should make the list of the top 50 most powerful people in Australian media.

It’s open to anyone who operates or has an influence over the Australian media, advertising and marketing industry. It takes into account media owners, agency bosses, content creators, on-air talent, and more.

Nominate yourself, or someone else today.

It could be agency bosses controlling budgets of Australia's biggest brands, or shaping the brand strategies that influence Australian culture. The rising force of technology and ad tech means it could feature more ad tech or data professionals changing the shape of the industry.

Many factors will influence the final list; budgets, personal and professional networks, the power to shape and influence brands, budgets and consumers. So who fits the bill?

We're taking nominations now, so make haste and submit your views here.Tell us who you think holds power - and why. 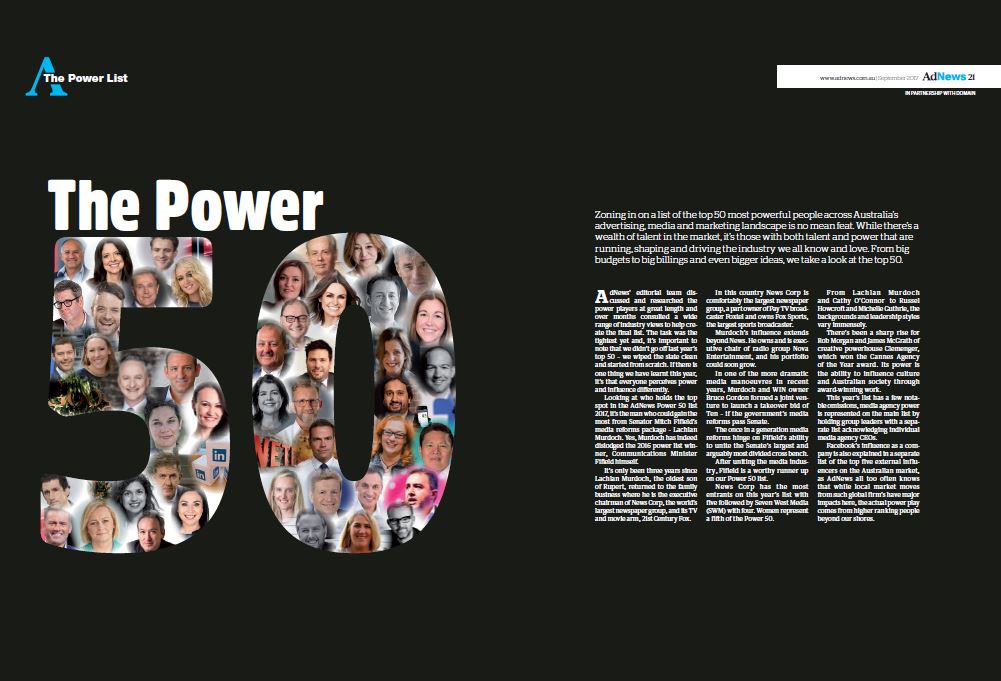 In 2016, Communications Minister Mitch Fifield topped the list due to his ability to influence media reform and last year, the man who at the time could have gained the most from Fifield’s media reforms package – Lachlan Murdoch – took out the top spot.

In 2017 News Corp had the most entrants with five, followed by Seven West Media with four. Women represented a fifth of the Power 50.

From Lachlan Murdoch and Cathy O’Connor to Russel Howcroft and Michelle Guthrie, the backgrounds and leadership styles varied immensely.

There was also a sharp rise for Rob Morgan and James McGrath of creative powerhouse Clemenger, which won the Cannes Agency of the Year award. Its power was the ability to influence culture and Australian society through award-winning work.

Have something to say? Take the survey below and if you think you have what it takes to be an AdNews Power 50 judge, email us here.