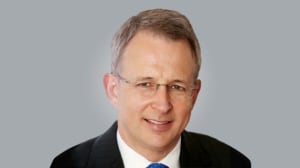 The media industry has welcomed Paul Fletcher as the new minister for communications, saying the issues he needs to address include archaic election blackout advertising laws and the removal of copyright infringing material.

Fletcher will also have to lead the government's response to the inquiry by consumer watchdog ACCC into Google, Facebook and Australian news and advertising. Recommendations are due to be released late next month.

Fletcher was previously minister for families and social services and has served as parliamentary aecretary to the minister for communications. He has also held a senior executive role at Optus, established a consulting firm serving the communications sector and written a book about broadband.

Commercial Radio Australia (CRA) says it will be meeting with Fletcher soon to discuss a number of issues.

"Local broadcasters, particularly those serving listeners in regional areas, need to be able to compete on a more level playing field with the global digital giants, who are largely unregulated and pay little tax in this country," CEO Joan Warner says.

"We will be looking to meet soon with Minister Fletcher to discuss a broad range of policy issues impacting on commercial radio including the regulatory inequalities that exist between commercial radio and the digital platforms. This includes the removal of the outdated election advertising blackout rule, stronger protections for the removal of copyright infringing material and other issues outlined in the ACCC inquiry."

Warner says the industry would also continue discussions for government support to enable regional broadcasters to transition to digital broadcasting.

"It is hard to imagine anyone better suited to take on the challenges in the broadcasting and telecommunications sectors at this challenging time of great change," Fair says.

"Minister Fletcher’s thoughtful and considered approach to policy development will stand us all in good stead and Free TV looks forward to working closely with him in the years ahead on the important issues facing the broadcasting industry.”

Both the CRA and Free TV Australia have been pushing to remove "arcane" content laws in submissions to both the Senate and the Australian Competition and Consumer Commission (ACCC) to enable an even playing field with digital competitors.

"Paul Fletcher is a great choice for the communications portfolio. He is smart, pragmatic and has a deep understanding of our industry," the network says.

"Paul is definitely the right person to be dealing with the big and complex issues that need to be sorted in this area.

"We would also like to congratulate Mitch Fifield on his new role as Australia’s representative to the United Nations. We thank him for all his hard work in Communications over the past few years."