Why streaming wars will spur the next golden age of TV 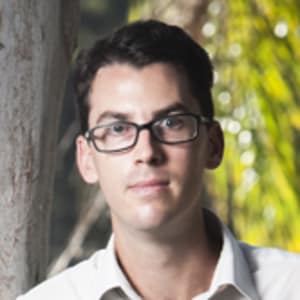 Streaming video on demand (SVOD) may set the stage for the next “Golden Age of Television”, and could spur Australian TV to higher levels in a move that has shades of the launch of cable in the US.

SVOD players in Australia have been hard at work nailing down their library offerings before launch, or to be more precise, before Netflix officially launches in Australia in March next year.

While Quickflix and FetchTV have been in the marketplace for years, the arrival of StreamCo's Stan, an expanded Presto and the US behemoth Netflix, have set off a frenzy of content deal-making in the space with questions over who holds the rights to what and what platform dominating discussion.

For example, does Foxtel's exclusive deal with HBO entitle it to pull Game of Thrones off competing SVOD platforms?

Given it has just agreed to team up with Channel Seven to add TV to its previously movie-only Presto service, you'd figure that would be the aim as Foxtel tries to out-muscle other players in the space.

Not according to Quickflix CEO Stephen Langsford, who previously told AdNews  that it would continue to stream the show.

Meanwhile, does Stan picking up the rights to The Good Wife mean Network Ten is barred from showing catch-up of the show on TenPlay?

But library building is the scale play of the equation and will only take SVOD players so far in the eyes of the consumer – it's what each player can offer in original ongoing content that will ultimately decide who wins market share.

Recently Netflix's global chief content officer Ted Sarandos told a conference in New York that it wants to end up with 20 original series within five years, up from its current base of nine, as part of a plan to have either an original series or a new season of an existing show premiering every three weeks.

“Netflix will eventually be the biggest commissioner of original content in the world,” Sarandos was quoted by Advertising Age as saying.

While Netflix still spends a lot more dollars on buying content in the marketplace than it does commissioning original series, the ramp-up of original content is a signal of what's to come by what is considered the premium SVOD player in the market.

Netflix is also spending a whopping $90 million on 10 episodes of a new series titled Marco Polo.

Given StreamCo's total budget is $100 million, it gives you pause, and gives one an appreciation on just how hard Netflix is chasing original content – and how hard Stan and others will have to compete.

StreamCo's head of content Nick Forward previously told AdNews that SVOD is essentially a scale play, with the player with the biggest library achieving critical market share. Hence its efforts to tie up content deals left, right, and centre.

However, Forward also highlighted the role of original content in bringing the punters in.

“Whatever we commission will have to feel natural and sit alongside those shows, and feel part of the same line-up,” adding that StreamCo was close to making its commissioning plans public.

Interestingly, Sarandos was also quoted as saying that Netflix was on the lookout for original content which could work in “specialised markets”.

Netflix has been very quiet about its plans for Australia so far, with a plethora of questions forwarded to Australian representatives met with a firm “no comment”.

But what the Netflix appetite for original content indicates is that a good library will only get an SVOD player so far. It's what's new and exciting that will get people coming back for more.

There's only so much back-catalogue out there in the marketplace and only so many ongoing content deals which can be tied up.

Netflix is betting that its point of difference in the marketplace will be its original content, which isn't subject to ongoing content negotiation rounds. Once it has paid for the creation of the content, it doesn't have to keep on re-negotiating the rights to show it every few years.

Of course, Netflix's push is as much defensive as offensive.

In much the same way the incumbent streaming players are looking behind their shoulders at Netflix coming after its market share, Netflix itself is looking at Amazon, which is driving its investment frenzy.

So the push for original content is a smart bit of business which smacks of Netflix playing the long game, and it will force other streaming players and linear TV networks to sit up and take notice or find their lunch well and truly eaten.

Cable TV in the US demonstrated that networks could still make money without a massive market share, and subsequent advertising support.

In much the same way the economic side of the TV business kicked off the latest golden age of TV, the economics of streaming and the SVOD cold war currently playing out around the world could make sure it extends well into the future.

How not to #fail this festive season

The media's responsibility around MediaCom

What can Eric Cartman teach us about marketing?