Presto and Stan add to offerings 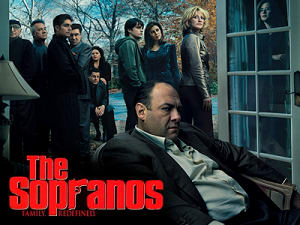 Another day, another couple of subscription video on demand (SVOD) content deals announced as both Stan and Presto became the latest to drip-feed their offerings to market.

Presto, the SVOD joint venture between Foxtel and Seven West Media has today announced a raft of HBO content that will be hitting the platform as an exlusive deal signed by Foxtel and the US cable company comes home to roost.

Foxtel had previously announced a deal with HBO which would “give Presto a real point of difference,” according to Foxtel CEO Richard Freudenstein, but the exact line-up of HBO shows hitting the platform was not known.

Calling it an “exclusive SVOD deal”, HBO programs such as The Sopranos, Entourage, The Wire, True Blood, and Boardwalk Empire will feature on the platform next year.

Presto will also pick up Showtime content, mirroring a move made by StreamCo last week.

Its offering will include the likes of Dexter, The Borgias, Deadwood, and Ray Donovan.

“We’re pulling out all the stops to ensure we have a compelling line-up of television content available for our subscribers when Presto Entertainment goes live, and are thrilled to announce these amazing hits from HBO and Showtime,” director of Presto and video on demand Sean James said.

“Aussies will see these hit shows first, and in HBO’s case, exclusively on Presto, and we know that these TV gems will delight our subscribers.”

Meanwhile StreamCo's platform Stan has today announced it will add ABC content onto its platform.

The multi-year agreement struck between Stan and ABC's commercial arm will ensure content such as Redfern Now, Summer Heights High, and Upper Middle Bogan will hit the platform.

For the ABC, it will add a valuable revenue stream as it attempts to work through budget cuts ordered by the federal government late last month.