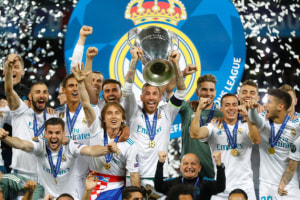 Facebook has stepped up its investment in football by acquiring the rights to broadcast 32 exclusive Champions League matches each season in Latin America.

The games will be broadcast on the UEFA Champions League Facebook page with highlights and magazine programs to run on match weeks.

“We're proud to be the exclusive free-to-air home for UEFA Champions League matches across Latin America for the next three years,” UEFA Events SA director of marketing Guy-Laurent Epstein said.

“This world-renowned competition exemplifies how sports can connect communities, so we look forward to helping fans watch these live matches together and are committed to working closely with our great partners at UEFA to deliver an innovative viewing experience.”

The future: Football fans in Latin America will need to watch some
Champions League games on their Facebook page.

Recently, streaming rival Amazon picked up the rights to 20 live Premier League matches a season next year in the UK.

A year ago, AdNews predicted that the deep pockets of internet companies like Facebook and Amazon posed the biggest threat to traditional sports broadcasters and Australia's anti-siphoning laws do not apply to internet companies.

However, it remains to be seen if the telco has the appetite and financial muscle to ward off the likes of Facebook and Amazon in the future.

It is also unclear what sort of viewing experience fans can expect from Facebook’s live broadcast of football and whether it will suffer the same technical glitches that Optus Sport has suffered in recent times.

In Facebook's favour is greater reach than subscription TV operators in these developing market regions, as well as platforms that allow more fan interaction.