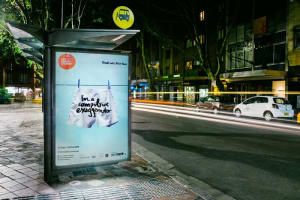 A tender for the City of Sydney’s $500 million street furniture contract,which has sat with JCDecaux for 20 years, is set to make waves in what will be the sector’s biggest ever ad deal, according to The Australian

The newspaper says it is understood the contract expires in early 2018 but a pitch is expected to begin this year, given the enormity of the deal and the amount and planning needed.

The likes of Ooh! Media, Adshel and APN Outdoor will no doubt go head to head to take the account of French-founded outdoor business JCDecaux.

The Australian says “industry sources” believe the contract is worth between $30 million to $35m a year and the length of contact could be for up to 15 years.

In a statement supplied to AdNews, the City of Sydney clarified that any changes to the tender wouldn't impact existing assets held by JCDecaux, and that the scope of the contract is impacted by changing council boundary areas.

"As a result of changes in government boundaries over the 20 year contract term, the City has three separate contracts with JCDecaux signed by the City of Sydney, South Sydney Council and Leichhardt Council," a spokeperson says.

"At the end of the contracts, the assets remain under the ownership of JCDecaux."