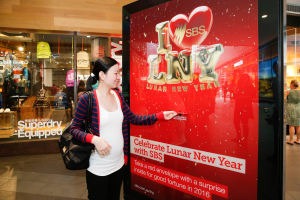 With Australia's urban ethnic population set to swell, Adshel has unveiled an ethnic targeting initiative for its out of home panels.

The technology allows Adshel to pin-point and target ethnic communities giving advertisers the opportunity to run campaigns that engage a multi-cultural Australia.

The initiative was trailed with SBS, who targeted Chinese communities during Chinese New Year. More than 8.5 million contacts were made across Sydney during the two-week period.

The launch of the targeting technology follows the recent Future Cities conference, organised by the Outdoor Media Association, which said Australia's urban ethnic population will increase to 40% by 2050.

“With these numbers steadily on the rise, we have seen an increasing demand for targeting audiences from different ethnic backgrounds, ensuring relevant and engaging creative.

“To be able to communicate with this valuable audience in their own language sends a relatable and impactful message.”
The new targeting initiative adds to Adshel's existing audience profile capabilities including Roy Morgan Helix Personas and its beacon network.