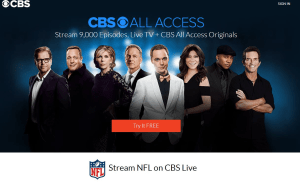 Ready. Set. Binge. Aussie streamers will have yet another platform to choose from

Despite news on Friday that the ACCC would not oppose the joint acquisition of Ten by media moguls Lachlan Murdoch and Bruce Gordon, it seems administrators had other ideas about the right buyer for the network.

The media moguls' joint bid was contingent on the government's media reforms passing and delays to this process are likely to have given CBS an advantage as the preferred bidder.

CBS was the largest creditor of Ten when the embattled broadcaster went into administration. Over the life of its content supply deal, Ten owed CBS $844 million, most of which had already been paid.

CBS, which has most of its operations in America, says the transaction adds to its global content and distribution portfolios.

At the same time, CBS plans to launch its subscription video on-demand platform CBS All Access in the Australian market. This marks another international territory announced for CBS All Access this month. The company recently unveiled plans to make the service available in Canada next year. 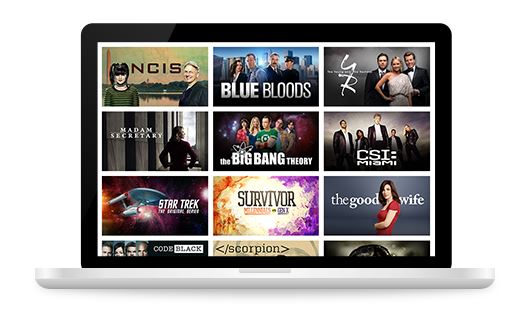 CBS All Access offers original content, newly aired on CBS's broadcast properties, and content from CBS's vast library. It's thought access is priced at US$5.99 per month (US$9.99 with an option for advertising-free streaming content) – which allows users to view past and present episodes of CBS shows.

In the US, the service allows live programming streams of local CBS affiliates, meaning it can also offer up sports events. The SVOD service also just inked a deal with Google Home in the US, just as Stan and Netflix have done here.

Ten, which holds commercial TV broadcasting licences in Sydney, Melbourne, Brisbane, Adelaide and Perth and was placed into voluntary administration on 14 June this year and receivership on 1 July.

The news was announced by CBS chairperson and CEO Leslie Moonves.

“Network Ten is a prime broadcasting asset with over half a century of experience and brand equity in Australia,” Moonves said.

“We have been able to acquire it at a valuation that gives us confidence we will grow this asset by applying our programming expertise in a market with which we are already familiar.”

Moonves said Network Ten and CBS have enjoyed a close working relationship for nearly two decades, and now CBS will continue to provide Network Ten “with access to the very best in US content”.

Netflix has scooped up exclusive international rights to several CW shows, meaning some CW content will not be permitted to air in Australia. The CW recently renewed the second season of popular show Riverdale, which Netflix then acquired the exclusive international broadcast rights to make the series available as an original series to its platform less than a day after their original US broadcast.

CBS also owns Showtime, which in the US airs shows such as Shameless, Dexter and Ray Donovan - as well as Twin Peaks and Billions - two shows that Stan has the rights to in Australia. In February it was reported that Showtime’s internet-only subscriber base climbed to 1.5 million. It's thought CBS' main rival, HBO Now, topped two million subscribers in the US this year.

Stan has sealed content deals with Showtime for many first run tent pole shows but it is unclear how CBS's arrivial on these shores will alter that relationship in years to come.

CBS Access already seems far ahead (below) on the tech front given its integration with Apple TV, Roku and Playstation and more. Channel Ten is yet to connect with Chromecast. Nine became the first Australian commercial free-to-air TV network to offer its streaming and on-demand service on Google's Chromecast.

President and CEO of CBS Studios International, Armando Nuñez, said the acquisition not only presents CBS with “considerable broadcasting opportunities in Australia”, but also allows for further multi-platform distribution and growth.

“We also look forward to working with the outstanding team at Network Ten to enhance and expand on its great legacy of Australian news, drama, reality and sports programming,” she said.

The transaction will be completed in accordance with the Australian voluntary administration process and is subject to certain regulatory approvals.