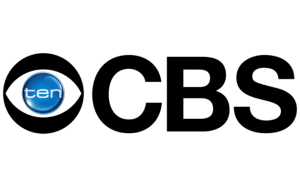 CBS Corporation's acquisition of Ten has been given the green light following a one-hour meeting of Ten’s creditors today, where they voted in favour of the bid.

The deal is now expected to finalise in as little as four weeks. However, it must still be approved by certain bodies, including the Foreign Investment Review Board, which looks at any overseas firm buying Australian businesses.

The vote by Ten’s creditors, which include Fox, and Ten’s 750 staff, is a rejection of the Murdoch Gordon offer and makes Ten’s future much more certain under the ownership of US TV giant CBS. In the current media landscape, this is unlikely to present much of a hurdle.

Network Ten receiver and partner of PPB Advisory Christopher Hill says: “We believe the approval of CBS’s DOCA represents a positive outcome for creditors and ensures the iconic broadcaster continues on a strong and stable footing under the ownership of one of the world’s largest media organisations.”

It follows a decision yesterday by the NSW Supreme Court to dismiss Lachlan Murdoch and Bruce Gordon’s latest legal effort to block the deal by delaying the creditor’s meeting.

Yesterday, Justice Ashley Black told the court Murdoch and Gordon's case should not halt today’s planned creditor's meeting to determine the fate of the deal.

The pair put forward an improved offer to Ten’s administrators KordaMentha on Friday that increased the payout fund for creditors to $55 million up from $35 million.

CBS counterted with an improved offer itself, reportedly up to around $40 million to creditors.