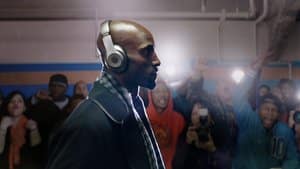 Telstra remains tight-lipped about the launch of MOG replacement Beats despite reports that Beats CEO Ian Rogers has held recent meetings in Sydney.

Rogers is reported to have met with Telstra, record labels and select journalists in the last couple of weeks. However, the Australian telco refuses to place a date on the launch of the much-vaunted service.

It is also believed that Beats/Apple has appointed its own local PR agency, Bite Global, to manage messaging for the Australia launch on Telstra's network fuelling speculation that the music service could arrive in a matter of weeks as opposed to months.

Furthermore, it has also been suggested that Beats has been in extended talks with James Packer about backing the local launch. Packer is thought to have invested US$60 million ($66 million) in the streaming outfit in 2013, with further funding of US$100 million before the sale of Beats to Apple earlier this year.

Beats arrival comes at a tumultuous time for streaming services in the Australian market. Songl, set up by Sony Music Entertainment Australia, Universal Music Australia and Southern Cross Austereo was shut down after a mere 18 months operating locally. Guvera (an Australian streaming service with bold ambitions across Asia) saw its general manager Scott Hamilton walk five days ago, while earlier this year Deezer (a European-based platform) closed its Australian outpost. However, some 19 digital services offering music are still in existence in the over-crowded market.

News that Telstra had done a deal with Beats first emerged more than a year ago, when Telstra posted a job ad for a media entertainment manager, with responsibility for all things Beats.

It was thought that the service, which will run in parallel with MOG before ultimately replacing it, would launch in the first half. But then Apple bought Beats. That led to speculation on whether the launch would go ahead, and since then, Telstra has been largely silent on its proposals and timings.

However, that could be about to change.

A spokesperson for Telstra told AdNews, “Telstra and Beats Music will continue to bring you MOG as normal. We can’t share anything further at this stage but stay tuned.”