As Songl bows out, SCA, Nova and ARN united on streaming front 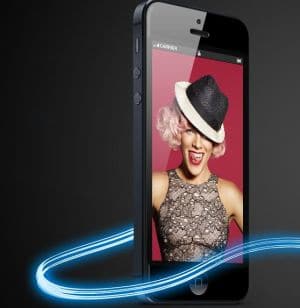 Radio networks may be happy to cut each others throats, but they are united on a common front: Music streaming will not kill their business.

Songl is the latest music streaming platform to fall by the wayside as Southern Cross Austereo sets its sights on the B2B  market with the launch of Songl Solutions - a joint venture with Sony Universal and Digital Music Distribution.

The aim is to deliver white label solutions including mobile apps, in-store streaming, digital streaming and what it calls “bespoke music experiences and niche artist executions”.

Songl launched 18-months ago in Australia but has exited the melee in which Pandora, Spotify and numerous other streaming platforms are trying to squeeze each other out of business. It will wind up its on-demand service on 25 September. The streaming market is set to get even more competitive in the coming months as Telstra launches its Beats music service.

Guy Dobson, SCA chief content officer, told AdNews that while it is cutting its ties with the subscription service, he's not worried about the threat of streaming platforms to radio, claiming they are no more a threat than CD sales were in the past.

“One of the reasons we got into streaming was, if you can't beat them, join them. It's a tough business in a country of 23 million. Particularly when free to air radio is second to none in the world, a country that's used to getting good audio for free - so it's a challenge.

“But there's an appetite for b2b solutions so [we thought] let's cut ties with the subscription service and put our focus into a b2b service. We'll keep our eyes and ears out for a consumer streaming service model that works.”

“We've always had streaming platforms in cars - it was CDs and mixtapes. [Streaming] isn't a radio issue - it's a music issue. Radio is more about what sits in between music – music is 50% of what we do not 100%. The rest is the entertainment and information value.”

Dobson added that streaming services and the discovery element is great for “real music heads” but for the average listener "it's about the curation being done for you".

SCA has also bought into Omny, a Melbourne based music start up that offers app-based radio. Users can live stream SCA radio stations including 2DayFm and create bespoke personalised radio based on user preferences.

Dobson sid SCA it has “lofty plans” for the Omny app adding that it and the launch of Songl Solutions are part of the network's digital radio play and is borne out of its learnings from the streaming world.

We don't have any concern of that, really they are the modern day jukebox,” Jackson said.

“It's a different way for people to access it, it's everything at the touch of a button, every generation has had something like that and while this is easiest its ever been [in terms of access and price] this is just how people can access their music now.”

"Radio is much more than the music. Yes, it is a foundation but its increasingly about the content we create and keeping the conversation going through social channels," he said.

"Radio has a very healthy future and the focus is on keeping listeners engaged. That's what radio offers. People are very time stressed. They tune in because we give them music, strong content, personality and passion. That won't go away any time soon."