SXSW: Live streaming app Meerkat was the breakout - what does it mean for live TV? 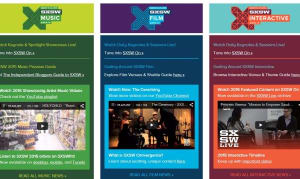 Meerkat allows users to stream live video, which can then be watched either through the Meerkat app or in a standard web-browser. The live streams have no upper time limit, but the stream can only be viewed live while the broadcast is taking place.

The new service launched at the beginning of March 2015, and it’s founder, Ben Rubin, claims to have built the app in just eight weeks.

The success of Meerkat follows the news last week that Twitter acquired Periscope, a competing live video streaming service. Shortly after this announcement, Twitter moved to limit Meerkat’s deep integration with their social media platform. This echoed the limits Twitter placed on Instagram following it’s acquisition by Facebook in 2012.

Evidence of Meerkat’s rising popularity could be heard throughout the conference, as keynote speakers dropped references to Meerkat into their talks. Founder Ben Rubin also indicated that the total number of Meerkat streams “doubled” in just 24 hours. Meerkat also quickly became one of the Best New Apps in the US App Store. Even US talk show host Jimmy Kimmel couldn’t resist the excitement.

New social media services usually begin life as a viral success within a small group of early-adopters. Growth then follows as this viral success is translated into mainstream popularity. Only once the user base is large enough, and user behaviour within the service is well understood, do brands begin using the service to market their products or create brand experiences.

While Meerkat has some way to go before becoming an established social media service, it might not take that long. Ephemeral photo and video sharing app Snapchat took only three years before users were sending nearly 700 millions snaps per day.
For the TV world, it could provide yet more fragmentation. It gives a way for live footage of global and local events to be streamed online – without reliance on a TV network. But it also offers those networks another way to deliver content.

A likely early application for Meerkat could be live news reports. The BBC in the UK has already begun experimenting with Meerkat as a live streaming platform. In it’s recent coverage of the Ferguson protests in the United States, a BBC team used Meerkat to provide a three hour live video stream of the protest.

Being the break-out app at SXSW can be a mixed blessing. The conference is credited for helping both Twitter, in 2007, and FourSquare, in 2009, became the popular social media services they are today. Popular apps in previous years however, such as Highlight and GroupMe, have failed to convert their SXSW hype into post-conference success.

Meerkat, like Snapchat, could become the next social media sensation, but only time will tell.