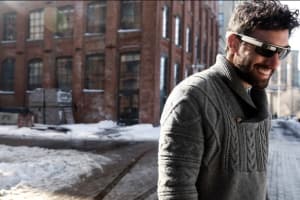 Google Glass: what are the advertising applications?

Astro Teller, "captain of moonshots" at Google [X], this week admitted at SXSW that Google failed with Google Glass. Its marketing didn't communicate well enough to the public that Glass was not really a product. This comes after Google recently decided to close the Google Glass Explorer programme, stating that there was no future plan to release the wearable device as a product any time soon.

Teller said that he was proud of the Google Glass Explorer Programme, that his team learnt a lot from it and he was grateful to all the users involved. He added however, that Google Glass was never intended to be a consumer product. The wearable device was released under the Explorer Programme to test how consumers and brands would interact with this new technology. Unfortunately the purpose of the programme became lost in the excitement around the device, both inside Google and among the public.

Speaking at the SXSW Interactive conference in Austin, Texas, Teller explained this during a keynote presentation on the importance of failure in the innovation process.

Teller went on to emphasise that without failure, there can be no success. He is regularly encouraged by Google CEO and Founder, Larry Page, to break as many prototypes as quickly as possible in order to learn the constraints of these new forms of technology.

Teller also spoke about the importance of testing new products in as many real-world scenarios as possible. He said that when testing one of their self-driving cars, the car was once forced to stop when a woman in a wheelchair chased a duck across the road with a broom. This is not a scenario that could be created in a lab, and Teller believes this silly example emphasises the importance of large-scale, real-world testing of new products.

While many marketeers may be disappointed that Google Glass will not become a platform for brands, Google has other similar projects in the works. The Google Cardboard project, which turns smartphones into low-cost virtual reality headset, has been very successful in broadening the adoption of virtual reality among consumers. Google is also an investor in Magic Leap, a secretive Florida-based company working to develop augmented reality technology that projects images directly onto the eye.

Teller leads Google [X], a research and development team within Google that work’s on long-term civilisation changing projects, some of which become components of Google products. The team has been responsible for Google’s much anticipated self-driving cars, as well as a project to provide global, wireless internet using a network of giant weather balloons. Google[x] calls it’s projects “Moonshots” to illustrate the complexity of the challenges they are engaged in, as well as the massive potential benefit to the world if they succeed.