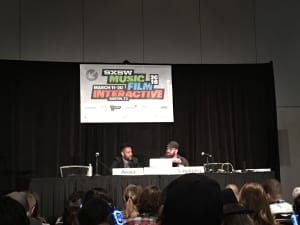 Virtual reality has been a big theme at this year’s South by Southwest (SXSW), with social networks, brands and gaming companies all upping their use of the tech.

However, the United Nations (UN) has been using VR to give people a new way to delve into the many humanitarian crises it is focusing on, with the technology being able to transport people to refugee camps rather than showing them one using other media.

Last year the UN released a VR film called “Clouds Over Sidra”, created by UN adviser Gabo Arora and filmmaker Chris Milk, and speaking at SXSW, Arora says that VR has an ability to create a heightened sense of empathy, adding that at the time of the films’ creation he was aiming to see if VR “could work in peace building?”

“We set out to represent the pain of others,” he says. “There’s a lot of thinking that VR is supposed to help with that. VR in some ways can accentuate that, you feel a deeper connection…Which could be why we’re having a greater reaction than we would've if we’d shown just a photograph.”

Arora explained that with VR indervidual agency plays a big role, in the sense that by having someone in the story and almost letting them discover it for themselves will make them feel more strongly about it.

The film follows a twelve year old girl named, Sidra, that has fled her home in Syria due to the ongoing crisis and found herself in Jordan’s Za’atari refugee camp. Arora also showed a video which featured the reactions of young people who had seen the VR film, with one respondent saying: “You couldn’t help but feel their pain.”

While Arora doesn't feel that placing people virtually on the battlefield will stop all wars, he does believe that something about the activity of VR can combat the passivity that comes with other mediums.

Arora was speaking alongside Brazilian film director Ricardo Casale Laganaro, in a session titled: “Immersive Content: The Future of Storytelling”, with both believing that virtual reality is going to continue to change the way stories are told.

Laganaro, explained that since VR is a relativity new platform there aren’t a lot of rules around what should and shouldn’t be done, when it comes to creating content. He argued however that this could be detrimental because if someone hasn’t used the tech before and they have a bad experience, they may never come back.

“We must make people see good content from the very beginning,” he says.