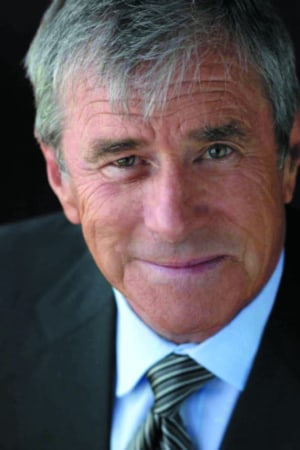 Seven West Media chairman Kerry Stokes has risen into the top 15 of Australia's rich list as several others with media and marketing interests fell down the pecking order.

Stokes, who is now reportedly worth $2.90 billion, is the 14th richest Australian - a rise of 11 places and $1.1 billion from last year's top 200 list, due to a rise in the share price of Seven Group Holdings. SGH has a stake in Seven and the WesTrac Caterpillar dealership business, among other interests.

The news wasn't as rosy for media and marketing moguls in this year's Financial Review Rich List.

James Packer's Crown casino empire has had a rocky 12 months after the arrest of 15 employees in a Chinese government crackdown on gambling. Packer's personal wealth came in at $4.75 billion, which placed him ninth, a couple of spots down on his 2016 rank.

Coming in at 80 is Patrick Grove, co-founder and CEO of global internet conglomerate Catcha Group, which has SVOD iflix and car classifieds websites abroad. Grove has a personal wealth of $801m, up more than $200m from last year.

WIN Corporation owner Bruce Gordon placed at 107 on the list, with a total wealth of $629 million. This is well down on his 54th rank last year after earning $361m less than in 2016.

Media magnate John Singleton grew his wealth by $34 million to $450 million but dropped 17 spots to 172 on the list.

The richest Australian on this year's list is Anthony Pratt, who owns cardboard box manufacturing and recycling company Visy, with a total wealth of $12.6 billion.

There are 60 billionaires on this year's list, the most ever recorded by Fairfax Media. Australia's property industry was responsible for 58 people on the list, the highest by sector, followed by investment and resources.