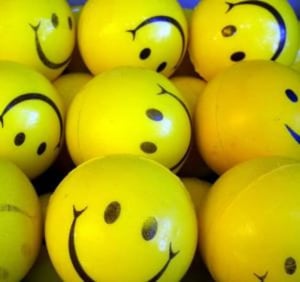 UM Sydney has been named the best place to work, and we're not just talking in the agency world. The IPG Mediabrands' agency has taken out the top spot in BRW's best places to work list for the under 100 employees category.

Last year the agency came in fourth on the list and now it has risen to take out the top spot, beating out The Physio Co in second place, Intuit Inc., who came in third and The Entourage Education Group in fourth place.

Despite a case of sour grapes with some agencies claiming UM Sydney has more than 100 staff, AdNews understands UM Sydney has 97 people as defined by the “Best Place to Work” criteria.

The criteria focuses on staff that directly work within the agency culture-– i.e. doesn't include finance people, IT, or people from other comms disciplines.

While the staff number may seem small, UM has been subject to some global account losses in the past year and perhaps talk is a result of tall poppy syndrome?

Speaking to AdNews, CEO of UM Australia Mat Baxter, said making the number one spot has been five years in the making.

“We started this journey five years ago when we decided one of the best things to get an agency really producing great work for clients was to have the most happy and positive work place possible, and we set about having the most independent bench mark possible for that journey which is BRW,” he said.

Year one the agency didn't even make the list.

BRW is weighted heavily on what staff think and gave a lot of feedback, so for Baxter the news is less about going from fourth spot to first spot but rather the realigning of the whole agency.

“What we set out to do was to get everyone understanding the purpose of the organisation, get everyone aligned behind a set of values that are clearly communicated and are rewarded and encouraged and if you can do that well, and create real substance behind the culture, that's what moves the dial and that's what we've done, really over the last five years,” he added.

According to BRW, behind UM's success was dedicating 2015 to empowering employees to dream big by giving them a specific set of inspiring principles to live and work by, allowing them to understand they are central to the agency’s future, and that their contribution will mean the difference between success and failure of the organisation’s goals and objectives.

The agency also has initiatives in place that recognise and celebrate outstanding work via regular all employees meetings and ‘The Wall of Excellence,’ which showcases the agency’s most highly awarded work. As well as open communication between staff and management and recognising the work of the team.

MEC was the first agency to appear in the over 100 people list, with the GroupM agency coming in ninth spot this year. OMD also appeared in the list at 18 followed by Mindshare in 19th.

This is MEC's first time on the list and CEO for the agency James Hier said: “Ensuring our people feel valued, motivated and inspired is an important goal of all leaders at MEC. We have a laser-like focus on creating a thriving environment for every employee, whatever their background or experience, which ultimately benefits our clients. It’s great to see that effort recognised and to be ranked so highly among esteemed company on the BRW Best Places to work list.”

OMD Australia CEO Peter Horgan said the agency is delighted to be listed again as one of the best places to work in Australia.

“A clearly articulated business vision with a key priority on people and integrity, is one that cultivates elevated performance. This consistent focus on our people is truly ingrained in our culture, and continues to position us as one of the most awarded Agencies globally”.

Maxus joined UM in the under 100 employees list coming in 23rd and incoming Maxus CEO Mark McCraith said: “I’m delighted to be inheriting such a great workplace culture at Maxus and I look forward to being part of more initiatives that enhance what’s already been achieved.”

Baxter also had some words of advice for the industry when it comes to fostering great work and creating a great environment: “Think how much an agency invests in pitching and new business, and then ask if it puts that same level of energy into its people, and actually the people have more control over the success of that business than a new business pitch does.

“A new business pitch, generally speaking, won't make or break the agency. It's a nice to have, but your people will make or break your agency. If you don't have them fully on board and pushing hard and as best as they can and engaged in what they're doing, the company is doomed, it's got no hope. For me it's about putting as much focus, energy and effort and investment behind your culture as you do behind your commercial efforts.” he said.

“A foosball table and free drinks are nice but they are no replacement for trust,” said BRW editor Michael Bailey.”Our best places To work tend to share a lot with their employees, including honest updates on how the company is doing and fair rewards for above-and-beyond effort. For the growing number of ‘millennials’ in Australia’s workplaces, a sense of their employer contributing to its community is also important,” he added.