Q&A Steve Coll Droga5: Must is a great master 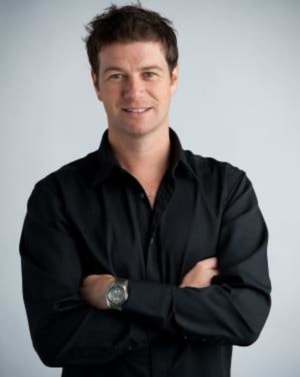 In May this year, David Nobay announced, “it genuinely feels like the fog’s cleared and we’re back to what we do best: ambitious ideas for real clients”.

There’s no doubt in anyone’s mind - least of all that of David Nobay, Droga5 creative chairman, who stated it - that 2013 was ‘a fucking grind’ for the agency.

But the metaphor for the journey of most agencies is a wave graph. Let’s be honest – that means that Droga5’s should have just started to curve up.

There’s something else about that May statement. May was when Droga5 got its new ECD. Steve Coll arrived with a barrow of freshly picked awards and Havas Creative Group Person of the Year written on his cap.

Nobay had every right to see “ambitious ideas for real clients” on the horizon.

Candide McDonald spoke to Steve Coll about what he sees.

AdNews: You’re nearly half a year in in. Give yourself and Droga5 a six month rating.

Steve Coll: Nobby and Sudeep [Gohill - CEO] were clear that Droga5 Sydney was going to be a good challenge. Those are two smart, ambitious guys, so I knew I was joining a team with a real sense of drive and a point to prove. I also knew I was arriving half way through a very tough year, right on the tail of losing Woolies. So really, I went in determined to keep an open mind and learn as much as I could. And I've learned heaps. Having said that, I've gathered certain opinions and ways of doing things from all the agencies at which I’ve worked. I think every agency needs a system for working that actively promotes collaboration. Also, a strict no arseholes policy.

Change is difficult in any company and it takes time. But the management team has already made a few simple changes. The first was to change the seating plan and bring the creative into the heart of the agency, beside the digital department, planning and account service. Its sounds like such a simple thing but it's incredibly important. And it's surprising how many agencies don't get those basics right. On the back of this, we’re also changing the process of workflow to make the agency nimble and more collaborative. I hope this will focus our energy a little better. At the end of everything, it’s about the work and making a real difference for our clients. Everyone came to Droga to make ambitious, ground-breaking ideas, and that's still a core part of our DNA. We’re looking specifically at social as a real strength within Droga, and the WME connection is a great foundation. It’s still early days, but I believe there is a positive sense of change and a real optimism about the future at D5. We're also seeing some business upside. Which is pretty good, given that it has been a truly tough year.

Coll: First and foremost, I am far and away the least cool person to ever step through the door of Droga5. I also bring a fondness for jam and scones, which very much fits with my first point. Nobby says the agency feels a lot closer to the way it did as a start-up, and I hope a small part of that is down to having some new energy. There are a lot of things I share with the Nobby, Sudeep and the rest of the agency management team, such as a belief that difficult is worth doing. I haven’t lost my obsession with work aimed at the news feed and news media, something that fits with our shared ambitions in social. And tempting as it would be to bask in the powerful glow of our New York office, we're conscious of setting some good goals for D5 Sydney. Ted Royer and his creative team are pretty inspiring. They set a high bar for the entire advertising world, let alone the network, and we have a huge amount to learn from them. Those guys won 17 Lions at Cannes last year, which is an enormous achievement. But our ambition has to focus on Sydney, albeit on a smaller scale.

AdNews: Describe what you think great advertising is?

Coll: There are lots of answers to that question. I had a light bulb moment during the making of the Walker’s Sandwich campaign. Every morning our whole team used to squeeze into the tiny office my art director and I occupied on the 7th floor at AMV. It didn’t matter whether the junior account service person was solving the strategy, or the digital producer was suggesting creative ideas. Whatever the best answer was, we went with it. It created an unbelievable spirit of camaraderie in the team. It became the blueprint for how I work. I spoke to the guys who made Gatorade Replay, which I still believe is one of the best ever campaigns, and they had a similar approach. Sandwich also gave me a real love of newsworthy ideas. That is the kind of work we were trying to create at Havas, with Sponsor The White House, Fair Go Bro for Virgin Mobile, Most Powerful Arm and Durex Fundawear. And I’ll keep trying to make that kind of work at Droga.

AdNews: What work do you wish you’d done?

Coll: Here are five things I’d give my eye teeth to have on my reel:

All massively famous, ground breaking campaigns, and all incredibly effective for the clients. What more could you ask?

AdNews: How do you use, or work out how to use, what WME and IMG bring to the table?

Coll: Having these two massive resources is exciting, and also one of the reasons I joined D5. I don’t think anyone could reasonably expect companies the size of IMG, Droga 5 and WME to slot together instantly. However, there is an incredible willingness across all three companies to partner up. It’s potentially such a far-reaching collaboration, especially if you look beyond the Hollywood star power, and get a sense of the assets in which WME has invested over the last few years. The WME and Droga partnership is developing into something unique – particularly in social.

SC: There’s still a lot of chat about how “adland’s changing fast,” as if agencies can’t keep up. One of my grandad’s favourite sayings was, ‘Must is a great master’. In other words, just get on with it. I think advertising agencies are getting on with it, and they are changing faster than people realise. David Droga founded the agency with campaigns that shaped our new world of advertising, campaigns like Ecko 'Still Free', Million and Tap Project. Technology continues to change, but there is still a hunger in Droga 5 to be at the cutting edge of what's happening. We want to be in restless pursuit of new ways to push our clients' business, through content, social or innovation. That's something Nobby, Sudeep and I are passionate about. No matter how tough it's been, I don't think you can beat that ambition out of Droga 5. So we'll just get on with it.