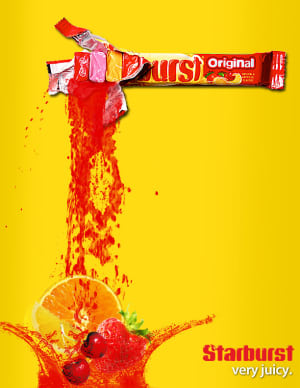 Confectionery and food giant Mars has called a global review of its media buying business, causing a knock-on impact to its Australian agency of record, Starcom.

Mars, which has separate agencies to handle planning and buying, is not looking to review the planning part of the business, which sits with MediaCom.

MediaCom won the planning business globally in December 2014 as part of a consolidation.

AdNews understands that the Mars business is worth abut $60 million in media in Australia. Mars is made up of four core divisions – Chocolate, including brands such as Twix, Galaxy and M&Ms; Food, including Dolmio, MasterFoods, Uncle Ben's and KanTong; Pet Care, including Whiskas, Royal Canin and Pedigree; and Wrigley, made up of brands such as Extra, Orbit and Starburst.

The food division isn't as big in other markets, as the Australian market has KanTong and MasterFoods. This makes food one of the largest of the four sub-brands here.

This global review is thought to be the biggest international media review Mars has done and includes the UK, where Mars is the seventh biggest advertiser. It has been with Zenith there for more than 20 years. Other markets impacted alongside Australia and New Zealand are India, Japan, Southeast Asia, Germany and China. No review of the US business is taking place. The media buying value of the whole review is thought to be about £400 million ($678 million).

"Due to the significance of the markets involved, and in order to maximise project scale and efficiency, we decided to co-ordinate the pitch timings. We will announce the winning agencies when our review process is complete later this year."

The pitch, back then, came in the wake of Mars' US$23 billion acquisition of Wrigley in 2008, which led to a desire to consolidate.

In March this year Starcom's parent company, Publicis Group, restructured its global media into four arms as part of its group-wide transformation initiative. The revamped structure saw global media for the group consolidate, with its six media brands restructured into four.

In the new model, the agency network full names of Starcom Mediavest Group and ZenithOptimedia Group were retired. In addition, Vivaki capabilities were integrated into Publicis Media’s global practice model.