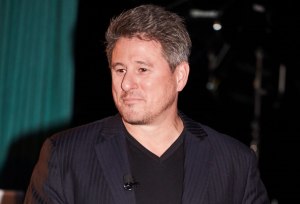 Stan CEO Mike Sneesby says he remains confident that the streaming platform will remain the home of Showtime in Australia, despite news this week that Ten would be launching its own service, Ten All Access, in December.

In a report from The Australian this week, Ten chief content officer Beverly McGarvey revealed that the network would be launching its own version of the popular CBS platform, All Access.

In the US, CBS All Access also streams content from its pay-tv channel Showtime, which is currently tied up in a multi-year deal with Stan in Australia.

It remains unclear what content will appear on the soon to be launched platform, however Sneesby, speaking on the AdNews Podcast this week, says the service will have no impact on the current deal he has with CBS.

"The reality is not much change for us, we are excited to see the team at CBS as continued commercial partners, change things up in the market," Sneesby told AdNews.

"The model for them is that they have a premium pay-tv network and that's Showtime. In Australia, our exclusive deal with CBS makes us the home of Showtime here, so effectively Showtime in the US is Stan in Australia.

"The platforms operate in two very different parts of the market, and the Showtime deal is a long-term multi-year deal, exclusive to us and that won't change under any launch of Ten All Access here in Australia."

Sneesby also said the business would continue its deal with the US broadcaster to stream its library content on Stan, adding that further competition in the streaming market would not signal a subscriber drop-off for Stan.

He added that Stan itself was experiencing the fastest subscriber growth in the company's history, recently recording over 1.1m active users.

This leaves further questions as to what content Ten will have on the platform when it launches and whether it will have an impact on the introductory price point.

"The future of television is on the internet and over time, different networks and different content owners will launch their services. We are extremely confident in the line-up we've bought to consumers." Sneesby says.

"In the space where Stan and Netflix operate, we've carved out a pretty good space, but there is plenty of room for other online streaming services.

"The mistake people often make when they think about the streaming space or the on-demand space is that everyone is competing for the same piece of the market."