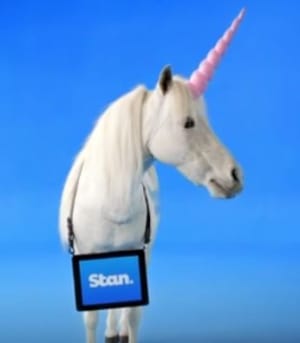 Streaming joint-venture between Fairfax Media and Nine Entertainment Co Stan is getting ready for a strong finish to 2015, just six months since the service launched in market.

Speaking to media yesterday CEO of Stan, Mike Sneesby, said within a very short amount of time the service has passed the competition to become a very real contender in market.

“We're very proud that we're able to bring a massive line-up to the market,” he said. “There was a lot of noise in the market when we launched but being able to jump straight in and bring big shows to the market and get to that position, that has been a big success for us.”

Sneesby said that since launch the service has been able to amass 300,000 subscribers and more than 800,000 users, with the business seeing a 70% conversation rate when it comes to free trials converting to paid users.

The back half of 2015 is going to be a big one for Stan with the service rolling out more than 20 new and exclusive programs on the service including its first original production No Activity, which is set to launch in November.

Moving forward Stan says it's going to be available on more devices including Smart TVs and consoles, with Sneesby saying: “Our strategy has been to ensure that we bring a quality product to market from day one.

The business is also looking to roll-out its second phase of advertising with more fun spots created with its agency AJF Partnership.

“We're moving now into what we're calling a phase two of our campaign. To begin with we did a lot of heavy brand activity as we got Stan out there into the marketplace," Sneesby said.

Our new campaign starts to focus on the unique points of difference that Stan has vs. the competition, you'll see us out there talking about our library, about new and exclusive shows and our first run productions.”

See the two new spots for yourself below: