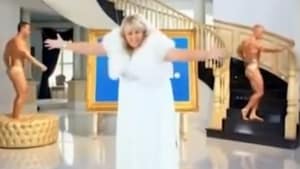 Subscription video on demand (SVOD) platform Stan has commissioned its first Australian content, an improvised comedy about nothing in particular.

The platform had previously inked development deals with two productions, Wolf Creek Two and Enemies of the State, but this is the first time it has greenlit a show to the point where it is in production.

The commissioned show, titled No Activity, is described as: “an improvised comedy that follows two detectives on a stakeout, waiting for the action to unfold – a look at what happens when nothing is happening.”

Stan has also teased “high-profile guest stars”, which will be announced shortly.

The production has been commissioned from Jungleboys, and managing director Jason Burrows said it was grateful to have the opportunity to develop content for an SVOD platform.

“No Activity is a show we’ve been thinking about for a while. With Stan we’ve found a partner who shares our vision and has given us the freedom to make something we are passionate about,” Burrows said.

“It’s exciting to be making a series outside the constraints of scheduled TV, allowing us to push the boundaries”.

International distribution will be shared between Stan and Jungleboys, and the show should appear on the platform late this year.